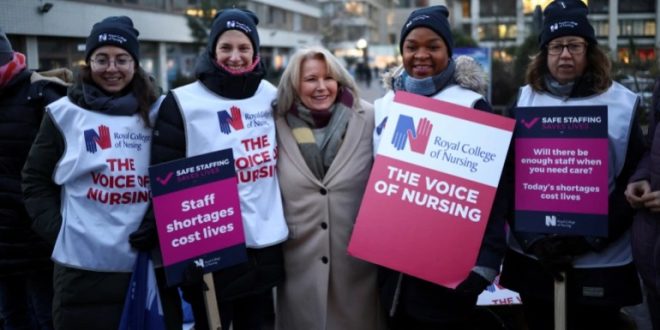 LONDON: United Kingdom nurses have staged a second unprecedented strike amid an increasingly acrimonious fight with the government for better wages. 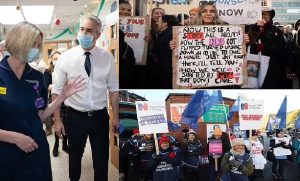 Up to 100,000 members of the Royal College of Nursing (RCN) in England, Wales and Northern Ireland are holding the latest one-day stoppage on Tuesday after walking out last Thursday for the first time in the trade union’s 106-year history.

They are demanding an inflation-busting pay increase to make up for years of real-terms salary cuts, but the government insists recession-hit Britain cannot afford anything above a 4-5 percent rise.

“We need more money, we need more staff, we need patient safety,” said Lucy Savage, 21, on a picket line outside Aintree University Hospital in the northwestern city of Liverpool.

“We’re overworked and underpaid, the NHS (National Health Service) is just a shambles.”

Suni George, 45, said his pay had hardly changed in his 17 years of working as a nurse.

“We get a lot of tax so even when the annual income looks like it’s gone up, we don’t have more money,” he said outside the same hospital.

Journalist Jonah Hull, reporting from London, said the strike was “bound to have an effect on the healthcare provision in the NHS”. 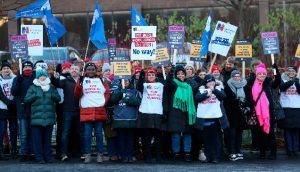 “That is, of course, the point of the strike to cause disruption,” Hull said.

“And there will be a second day of disruption with nurses joining picket lines across England, Wales and Northern Ireland,” he added.

“It is historic this sequence of nurses strikes. They are the most extensive in the 106-year history of the Royal College of Nursing and indeed in the history of the NHS itself which many in the picket line say has been the subject of funding cuts and underfunding for years … as have the nurses themselves who say they have lost up to 20 percent in real terms pay with wages failing to keep with inflation.”

Dave Carr, a nurse and member of the RCN, said the industrial action was a “last resort” attempt to get the government to change tack.

“We have been forced into a position where we can no longer deliver the (proper) level of care to our patients because of a shortage of staff,” Carr told media.

“There are 47,000 vacancies for nursing positions in the NHS,” he added, noting the health service was unable to recruit and retain people because of low salaries that had been outpaced by inflation. 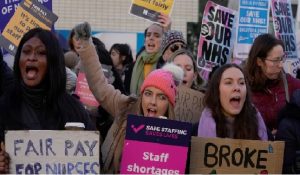 “We don’t want to be on strike but this is our last resort and the only way we feel that we can make the government see sense about its catastrophic policies in the NHS.”

The striking nurses are just some of numerous UK public and private sector workers taking industrial action over pay and working conditions, as they grapple with a cost-of-living crisis worsened by decades-high inflation.

Ambulance workers, including paramedics and call handlers, are set to strike on Wednesday.

A second such walkout is scheduled for December 28, while others, including postal, railway and Border Force staff, are staging stoppages over the Christmas period.

The RCN has criticized Prime Minister Rishi Sunak’s government for refusing to discuss pay as part of stalled negotiations.