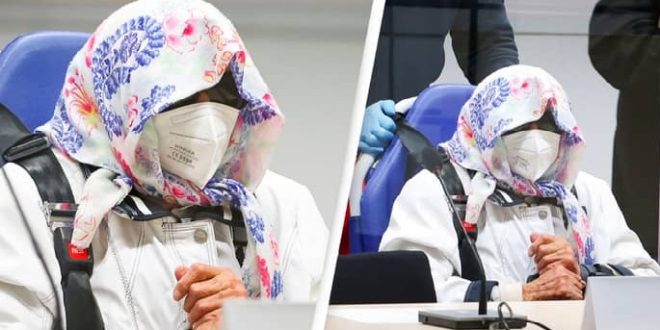 BARLIN: A former secretary who worked for the commander of a Nazi concentration camp has been convicted of complicity in the murders of more than 10,505 people. 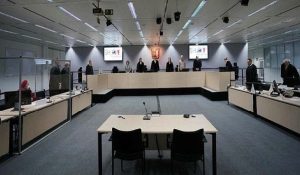 Furchner, one of the few women to be tried for Nazi crimes in decades, was given a two-year suspended jail term.

Although she was a civilian worker, the judge agreed she was fully aware of what was going on at the camp.

Some 65,000 people are thought to have died in horrendous conditions at Stutthof, including Jewish prisoners, non-Jewish Poles and captured Soviet soldiers. As Furchner was only 18 or 19 at the time, she was tried in a special juvenile court.

At Stutthof, located near the modern-day Polish city of Gdansk, a variety of methods was used to murder detainees and thousands died in gas chambers there from June 1944.

The court at Itzehoe in northern Germany heard from survivors of the camp, some of whom have died during the trial.

When the trial began in September 2021, Irmgard Furchner went on the run from her retirement home and was eventually found by police on a street in Hamburg. 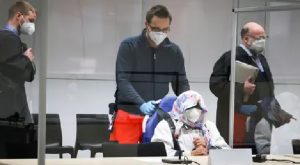 Stutthof commandant Paul-Werner Hoppe was jailed in 1955 for being an accessory to murder and he was released five years later.

A series of prosecutions have taken place in Germany since 2011, after the conviction of former Nazi death camp guard John Demjanjuk set the precedent that being a guard was sufficient evidence to prove complicity.

That ruling also meant that civilian worker Furchner could stand trial, as she worked directly to the camp commander, dealing with correspondence surrounding Stutthof detainees.

It took 40 days for her to break her silence in the trial, when she told the court “I’m sorry about everything that happened”. “I regret that I was in Stutthof at the time – that’s all I can say,” she said.

Her defence lawyers argued she should be acquitted because of doubts surrounding what she knew, as she was one of several typists in Hoppe’s office.

Historian Stefan Hordler played a key role in the trial, accompanying two judges on a visit to the site of the camp. It became clear from the visit that Furchner was able to see some of the worst conditions at the camp from the commandant’s office. 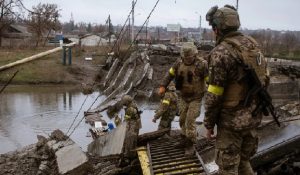 The historian told the trial that 27 transports carrying 48,000 people arrived at Stutthof between June and October 1944, after the Nazis decided to expand the camp and speed up mass murder with the use of Zyklon B gas.

Hordler described Hoppe’s office as the “nerve centre” for everything that went on at Stutthof.

Camp survivor Josef Salomonovic, who travelled to the court to give evidence at the trial, was only six when his father was shot dead at Stutthof in September 1944.

“She’s indirectly guilty,” he told reporters at the court last December, “even if she just sat in the office and put her stamp on my father’s death certificate.”

Another survivor, Manfred Goldberg, said his only disappointment was that the two-year suspended sentence “appears to be a mistake”.

“No-one in their right mind would send a 97 year old to prison, but the sentence should reflect the severity of the crimes,” he said. (Int’l Monitoring Desk)