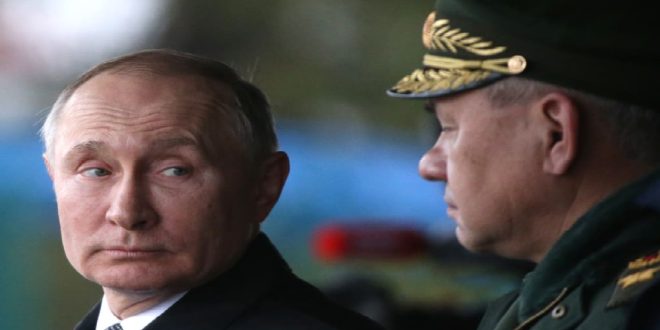 MOSCOW/ KYIV: President Vladimir Putin said the situation in four areas of Ukraine that Moscow has declared are part of Russia was “extremely difficult” and ordered security services to step up surveillance to secure its borders and combat new threats. 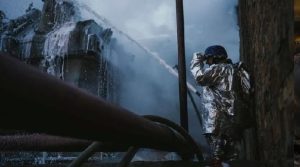 Putin ordered the Federal Security Services (FSB) to step up surveillance of Russian society and the country’s borders to combat the “emergence of new threats” from abroad and traitors at home.

In a rare admission of the invasion of Ukraine not going smoothly, Putin cautioned about the difficult situation in Ukraine’s regions that Moscow moved to annex in September and ordered the FSB to ensure the “safety” of people living there.

“The situation in the Donetsk and Luhansk People’s Republics, in the Kherson and Zaporizhzhia regions is extremely difficult,” Putin said late on Monday in comments translated by Reuters.

In September, a defiant Putin moved to annex a swath of Ukraine some 15% of the country in a Kremlin ceremony, but earlier this month, he said the war “can be a long process.” 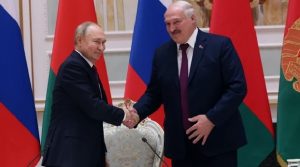 On Monday, Putin made his first visit to Belarus since 2019, where he and his counterpart extolled ever-closer ties at a news conference late in the evening but hardly mentioned Ukraine.

“Weapons, shells, new defence capabilities…everything that will give us the ability to speed up the end to this war,” President Volodymyr Zelenskiy said in his evening address.

The Ukrainian military high command said their air defences had shot down 23 of 28 drones most over the capital Kyiv in what was Moscow’s third air strike in six days. Russia has targeted Ukraine’s power grid, causing blackouts amid sub-zero temperatures.

The “kamikaze” drones used in the attacks are cheaply produced, disposable unmanned aircraft that fly toward their target before plummeting at speed and detonating on impact. 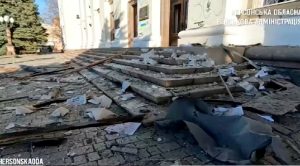 To the northwest of Ukraine, there has been constant Russian and Belarusian military activity for months in Belarus, a close Kremlin ally that Moscow’s troops used as a launch pad for their abortive attack on Kyiv in February.

Putin’s trip to Minsk has stirred fears in Ukraine about the broader involvement of Belarusian armed forces in the invasion. Putin and Lukashenko scarcely touched on Ukraine at a post-talks news conference, instead extolling the benefits of defence and economic alignment.

Lukashenko has said repeatedly he has no intention of sending his country’s troops into Ukraine, where Moscow’s invasion faltered badly with a string of battlefield retreats in the face of a major counter-offensive.

The Kremlin on Monday dismissed the suggestion that Putin wanted to push Belarus into a more active role. The RIA Novosti news agency quoted Kremlin spokesperson Dmitry Peskov as saying such reports were “groundless” and “stupid”. (Int’l Monitoring Desk)