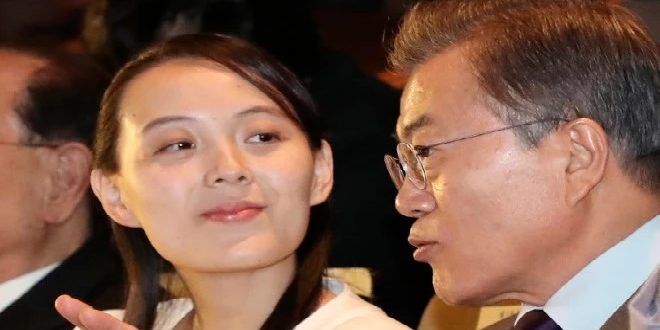 SEOUL: North Korea on Tuesday condemned a Japanese military buildup outlined in a new security strategy, calling it dangerous and vowing counteractions, while also warning of another imminent test of an intercontinental ballistic missile. 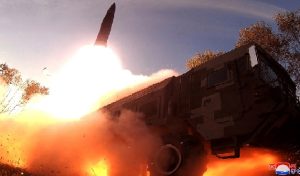 North Korea’s foreign ministry said Japan had effectively formalised “the capability for preemptive attack” with its new strategy that would bring a “radical” change to East Asia’s security environment.

“The foolish act of Japan seeking to gratify its black-hearted intention, arms buildup for reinvasion, under the pretext of the DPRK’s legitimate exercise of the right to self-defence can never be justified and tolerated,” the official said in a statement carried by the North’s KCNA news agency.

The spokesman referred to North Korea by the initials of its official name, the Democratic People’s Republic of Korea.

North Korea will express its displeasure with action to highlight Japan’s “wrong and very dangerous” decision, the spokesperson said, warning of a “shuddering shiver to be felt soon”. 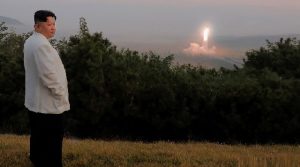 North Korea has tested an unprecedented number of missiles this year, including an intercontinental ballistic missile (ICBM) designed to reach the US mainland, in defiance of international sanctions.

Several of the North Korean missiles have flown over Japan, or landed in waters near it, drawing condemnation from the staunch US ally.

In a separate statement, Kim Yo Jong, the powerful sister of North Korean leader Kim Jong Un, hinted at a technological advance in its ICBM system, and denounced questions over what North Korea said was its bid to develop a spy satellite.

North Korea fired two medium-range ballistic missiles off its east coast on Sunday, calling it an “important” test for the development of a reconnaissance satellite that it hopes to complete by April.

Experts have raised doubts over the level of North Korea’s satellite technology but Kim Yo Jong derided them and suggested advances in her country’s missile programmes, including ICBM developments. 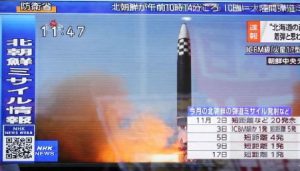 North Korea has test-fired its ICBMs at a steep angle and analysts say a normal launch angle requires more sophisticated technology to resist heat generated during re-entry into the atmosphere.

“I can clear up their doubt about it,” Kim Yo Jong said. “They will immediately recognise it in case we launch an ICBM in the way of a real angle firing straight off.”

She dismissed any threat of new sanctions.

“At this time when our right to existence and development is being threatened, how can we stop our advance for fear of sanctions that we have experienced abominably, not for the first time,” she said.

Hours after the North’s statements, the US Air Force flew B-52 strategic bombers and F-22 fighter jets to South Korea for joint drills with F-35 and F-15K fighters, in their latest display of force against North Korea. (Int’l News Desk)