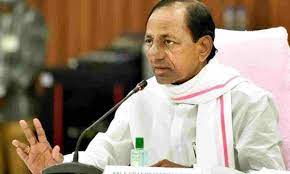 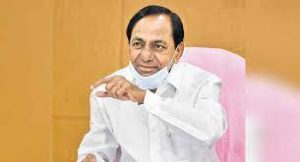 Hyderabad, Jan.28 (PMI):  Chief Minister K Chandrasekhar Rao today directed that the officials concerned should act tough and initiate stern action against the use of Narcotic Drugs and ensure that the usage of narcotic drugs must be totally eliminated from the State. The CM directed that a special action plan be prepared and form 1000 teams to check the drugs sale, use in the state and punish those involved irrespective of their stature.

He conducted a high level meeting at Pragathi Bhavan along with chief secretary Somesh Kumar, DGP Mahender Reddy and other top officials of the police, excise and other departments.

The CM directed the “State Police and Excise Conference” to take up measures and action to control and eliminate the use of Narcotic drugs in the State. The conference was chaired by KCR, Home Minister, Excise Minister, CS, DGP, DGs, all district SPs, Commissioners, DCPs and the state Excise departments SPs, and other officers concerned will participate. The CM discussed the measures to be taken and the guidelines to be followed to curtail and eliminate the narcotic drug abuse. In this context, the police and Excise departments will be put on further alert.

The CM instructed the DGP to form a special Narcotic and Organized Crime Control Cell (Counter Intelligence Cell) in the police department with 1000 members. The Special Cell would work under the DGP and it will perform special duties to take stringent measures to control and eliminate the narcotic Drugs abuse and against the organized crimes, according to information.

The CM said that the narcotic drugs cases, culprits however high and mighty they may be should be punished. A special action plan should be prepared for the strict implementation of the stringent measures.

Already the CM held a meeting at Pragathi Bhavan on January 26 on the same issue.  He directed for stringent measures to be taken to control the narcotic drug abuse with Chief Secretary Somesh Kumar, DGP Mahender Reddy, and Hyderabad Police Commissioner CV Anand and CMO’s higher officials and others attended. (PMI)