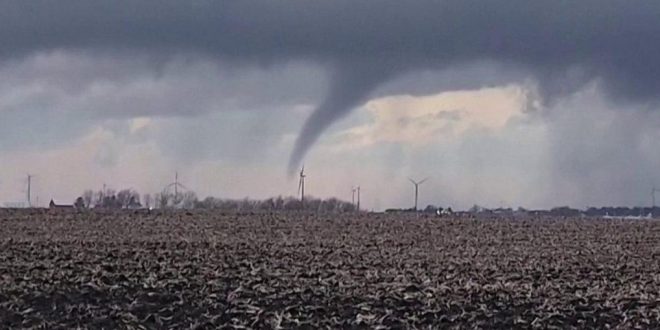 CALIFORNIA: Evacuation orders and advisories are in place in parts of northern California as a major storm slams into the coast. 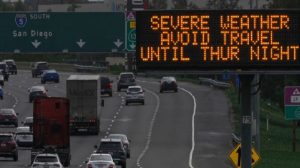 Regions that have been hit by wildfires in the past were among the first places to be told to evacuate due to concerns about flooding and landslides.

California’s governor has declared a state of emergency for the storm – the second to drench the state in a week.

Forecasters say it will form into a bomb cyclone, a type of explosive storm, and will probably kill people.

Northern California, which saw a deadly levee breach over the weekend, is expected to be hardest-hit.

The National Weather Service (NWS) has issued a flood watch and high wind warning for the entire Bay Area in northern California, saying that wind gusts were expected to down trees and cause power outages.

It warned that the North Fork Dam was compromised and water would overtop its spillway by Thursday morning. The NWS urged anyone in low-lying areas beneath the dam to “move to higher ground immediately”

“To put it simply, this will likely be one of the most impactful systems on a widespread scale that this meteorologist has seen in a long while,” the NWS forecaster for the region said in a weather advisory. 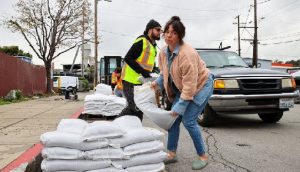 “The impacts will include widespread flooding, roads washing out, hillsides collapsing, trees down (potentially full groves), widespread power outages, immediate disruption to commerce, and the worst of all, likely loss of human life,” he added.

“This is truly a brutal system that we are looking at and needs to be taken seriously.”

It is expected to form into a bomb cyclone, a type of rapidly intensifying storm that is more commonly seen along the east coast of the US and Canada.

An evacuation order has been issued in Santa Cruz County, south of San Francisco, because of the “high probability” that some neighborhoods will become inaccessible due to flooding.

Further south, in Santa Barbara County, officials also ordered residents living near burn scars from previous forest fires to leave the area. The order affects the affluent community of Montecito, home of the Duke and Duchess of Sussex, Harry and Meghan, and Oprah Winfrey.

Classes have been cancelled for Thursday in school districts throughout northern California, including for the 8,000 pupils enrolled in San Francisco public schools. 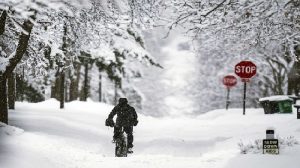 In a statement declaring a state of emergency on Wednesday, Governor Gavin Newsom said his order would “allow the state to respond quickly as the storm develops and support local officials in their ongoing response”.

An atmospheric river, a long narrow stream of warm air bringing moisture from the tropics is expected to fall on ground that has already been saturated by rainfall.

It is expected to hit hardest overnight on Wednesday into Thursday morning before extending into southern California on Thursday night.

Just a year after California recorded one if its driest years on record, San Francisco on Saturday saw its second-wettest day in over 170 years.

San Francisco Mayor London Breed said the city was “preparing for a war” and issuing sandbags across the city to prevent flooding. (Int’l News Desk)