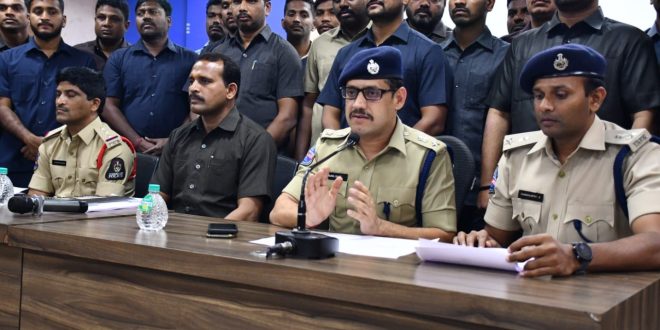 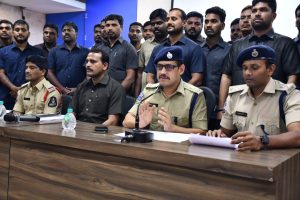 The main accused Manukonda Anil Kumar @ Anil is a habitual property offender and involved in as many as 30 HB Day/Night offences since 2010 in the States of Telangana and Andhra Pradesh.  He used to commit house burglaries in Telangana State and Andhra Pradesh.
After committing offence to avoid the arrest from police, he roams Goa, Bangalore and other places. He went to jail on PD Act in March 2022 from Tadikalapudi Police Station, West Godavari District, Andhra Pradesh. He was released from Rajahmundry jail on November 26, 2022.

The accused targets the luxurious colonies, as the places are quiet isolated. After selecting the place where they want to commit offence, firstly they commits bike theft in some place and move to target place with his associate Ichapuram Gopi. By taking opportunity, they commit the offence and escape from the place with his associate. Later, they abandon the motorcycle at roadside and escape from there. After committing offence he used to roam in different cities to avoid the arrest from Police. Further, some of the property handed over to Karthik for further disposal.