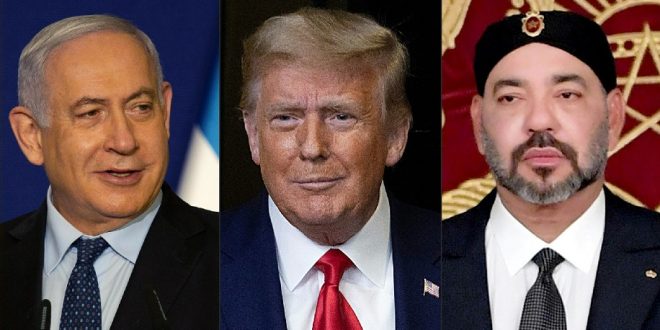 RABAT: Morocco has demanded that Israel recognize its sovereignty over the disputed territory of Western Sahara before Rabat opens an embassy in Tel Aviv, the news outlet Axios has reported, citing four current and former Israeli officials involved in the matter. 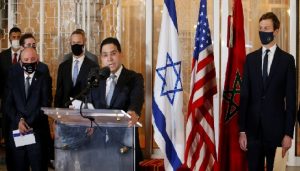 For decades, Morocco has been involved in a dispute with the Algeria-backed Polisario Front, a breakaway movement that seeks to establish an independent state in Western Sahara.

Western Sahara was a Spanish colony until 1975. Morocco then took control of the vast swath of desert on Africa’s Atlantic coast, which is a little larger than the size of the United Kingdom, in a move that has not been recognised internationally.

Rabat is using the recognition issue as a reason not to open a full embassy in the Israeli capital, the US news website reported the officials as saying, without disclosing their names.

So far, Israel has decided not to engage on the issue, the officials said. The Moroccan government has not commented on the story.

The North African country has for years had informal ties with Israel.

The two countries established low-level diplomatic relations during the 1990s following Israel’s interim peace accords with the Palestinians, but those ties were suspended after the outbreak of the second Palestinian uprising in 2000. 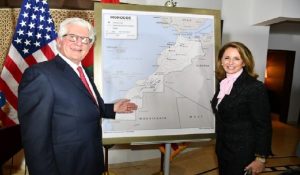 Since then, however, the informal ties have continued. In December 2020, Morocco and Israel agreed to normalize relations in a deal brokered with the help of the United States. As part of the agreement, the then US President Donald Trump agreed to recognize Morocco’s sovereignty over Western Sahara.

Under the agreement, Morocco said it will establish full diplomatic relations and resume official contacts with Israel, grant overflights, and also direct flights to and from Israel for all Israelis.

In 2021, the two countries signed another agreement in a step towards strengthening their ties further. As part of the new deal, Morocco and Israel agreed to cooperate in the fields of culture, sport and youth.

Meanwhile, the Biden administration has said it will review the previous administration’s decision to recognize Morocco’s claim over Western Sahara.

Relations with Israel are a sensitive topic in Morocco, with pro-Palestinian sentiment high among the public, as made evident by Moroccan players raising the Palestinian flag several times during the recently concluded FIFA World Cup in Qatar.

However, international recognition of its control of Western Sahara is also an important goal for the Moroccan 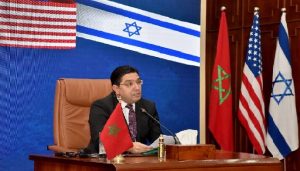 government, which left the African Union in 1984 in protest against the organization’s recognition of the Polisario. Morocco rejoined the continental body only in 2016.

Earlier, Morocco has recalled its ambassador to Tunis for consultations and cancelled its participation in a pan-African investment conference, after Tunisia’s president hosted the head of the Polisario Front, which wants independence for Western Sahara.

Morocco, which regards Western Sahara as its territory, said on Friday that Tunisia’s decision to invite Brahim Ghali to an African development summit this weekend was “hostile and prejudicial to the fraternal relations that the two countries have always maintained” and the welcome given to Ghali “a grave and unprecedented act that deeply hurts the feelings of the Moroccan people”.

The statement added: “Tunisia, against the advice of Japan and in violation of the process of preparation and established rules, decided unilaterally to invite” the Polisario Front. (Int’l Monitoring Desk)