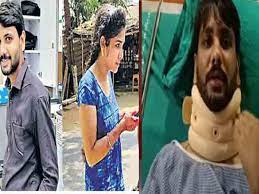 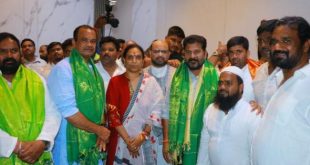 Anakapalli’April 19; In a rather bizarre incident, a girl allegedly slit the throat of her fiancé in a bid to kill him as she did want to marry him, that too just a month away from the date of the wedding. The incident occurred at a temple near Amarapuri in Buchyyapeta in the Anakapalli district here on Monday evening.

According to Buchayyapeta SI, Addepalli Ramunaidu from Ghati Road in Madugula mandal was pursuing PhD from the Indian Institute of Chemical Technology at Hyderabad. He was engaged to a girl named Viyyapu Pushpa (22) from Kommalapudi village of Ravikamatam mandal and the marriage date was fixed for May 20.

On Monday Ramunaidu went to Ravikamatam to meet her as she called him. With the permission of her parents, they both went to a temple in Amarapuri. When they reached hillock, Pushpa told him that she wanted to give him a surprise and asked him to close his eyes. She used her stole to close his eyes and attacked him with a knife and cut his throat.  Taken aback the boy who was bleeding profusely managed to get up and started off for Ravikamatam with the girl. In between, he fainted and somehow managed to reach a hospital in Buchayyapeta with the help of an onlooker. His family members who were informed about the matter took him to a private hospital in Anakapalli for better treatment.

Buchayyapeta SI reached the hospital to take his statement. Ramunaidu stated that Pushpa attacked him with a knife and after slitting his throat, said that she did not like him and did not want to marry him. With great difficulty he was rushed to a hospital here in Anakapalle, Ramunaidu, told police.

Pushpa said that she did not want the marriage, but her parents were forcing her to marry him. The boy’s parents Ramana and Gangamma were distraught over the turn of events and said that if she was not interested the girl should have told them upfront and not harmed the boy, they wailed.

Buchayyapeta SI meanwhile has started investigating the matter and spoke to the parents of the couple and also tracing the onlooker who helped the victim. Meanwhile, doctors at the private hospital where he was undergoing treatment said that he was out of danger. 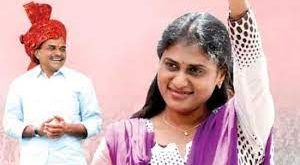