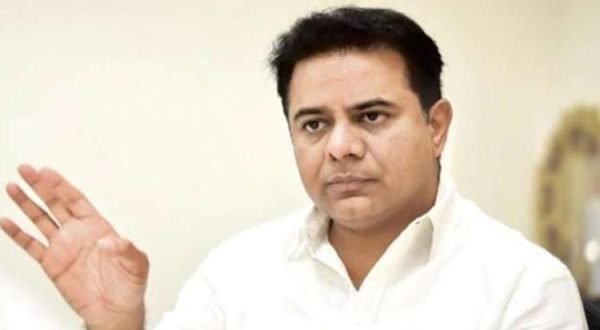 Hyderabad’April 19;Telangana IT Minister K Taraka Rama Rao said that the centre was doing injustice to Telangana by not implementing the promises made under AP Reorganisation Act, 2014.

He participated in the Parliamentary Standing Committee (PSC) on Commerce held at the Legislative Assembly Committee hall. KTR demanded that the centre should come up with a national policy on e-commerce as soon as possible.

The meeting was chaired by YSRCP Rajya Sabha member V. Vijayasai Reddy, who is chairman of the PSC on commerce. He said that “The Centre is turning a blind eye to the promises made to Telangana under AP Reorganiation Act. It has been sitting on the setting up of steel plant in Bayyaram, railway coach factory in Kazipet, National Design Centre, etc for eight years. There is no response to the Telangana government’s repeated requests on extending special industrial incentives to Telangana, sanctioning industrial corridors, defence corridor, and funds to Kakatiya mega textile park, Hyderabad Pharma City.”

He further added that Telangana emerged as the major contributor to the GDP of India and encouraging a state like Telangana would only strengthen economy of India and job creation further.

Share
Previous TRS MLAs To Get Grades On Their Performance
Next IICT PhD Student Attacked By Fiance, Throat Slit