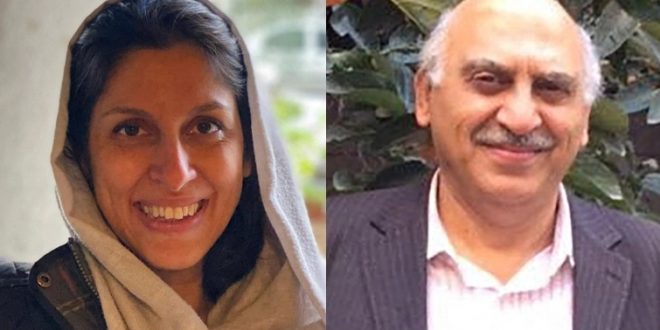 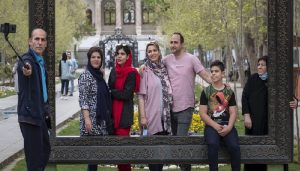 “I can confirm Nazanin Zaghari-Ratcliffe and Anoosheh Ashoori will return to the UK today, and Morad Tahbaz has been released from prison on furlough. They will be reunited with their families later today,” Truss wrote on Twitter.

“We will continue to work to secure Morad’s departure from Iran,” she added.

Prime Minister Boris Johnson wrote: “I am very pleased to confirm that the unfair detention of Nazanin Zaghari-Ratcliffe and Anoosheh Ashoori in Iran has ended today, and they will now return to the UK.

“The UK has worked intensively to secure their release and I am delighted they will be reunited with their families and loved ones.”

Meanwhile, a British Labour MP Tulip Siddiq shared a picture of Zaghari-Ratcliffe from inside a 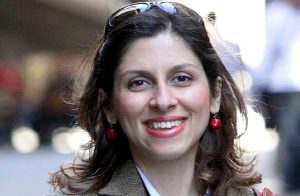 plane, saying: “It’s been 6 long years and I can’t believe I can FINALLY share this photo. Nazanin is now in the air flying away from 6 years of hell in Iran. My heart goes out to Gabriella [daughter] and Richard [husband], as her long journey back home to them gets closer by the minute.”

Zaghari-Ratcliffe, a project manager with the Thomson Reuters Foundation was arrested at a Tehran airport in April 2016 and later convicted by an Iranian court of plotting to overthrow the clerical establishment.

Her family and the foundation, a charity that operates independently of Thomson Reuters and its news subsidiary Reuters, deny the charge.

Antonio Zappulla, the head of her employer, said everyone at the Foundation was overjoyed at the news, and Zaghari-Ratcliffe would be welcomed back there whenever she is ready.

“In a time when the world is in turmoil and the news has been consistently bleak, Nazanin’s freedom is a ray of light and hope,” he said in a statement. “Her reunion with her family cannot 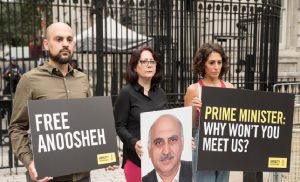 come soon enough, and we cannot wait to have her back with us at the Thomson Reuters Foundation whenever she is ready.”

Ashoori was sentenced to 10 years in jail in 2019 for spying for Israel’s Mossad and two years for “acquiring illegitimate wealth”, according to Iran’s judiciary.

Zabihollah Khodayian, Iran’s judiciary spokesman, was quoted as saying by Fars news agency on Wednesday that Ashoori was released conditionally “due to his age and physical condition”.

Iran’s foreign minister, Hossein Amirabdollahian, told reporters in Tehran that Iran received the $400m debt from the UK several days ago, but denied any connection with the two prisoners’ release.

“I announce explicitly that there is no connection between the release of this sum and these people who were arrested and tried in Iran for espionage and security reasons,” he said. (Int’l News Desk)