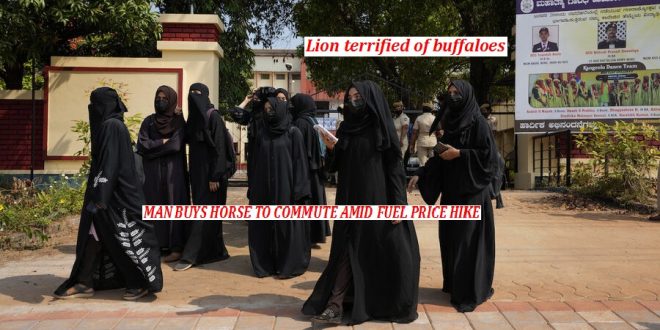 NEW DELHI/ MAHARASHTRA: Almas, a hijab-wearing Muslim student in India, said she would rather not go to college than go without hijab, reported NDTV’s Reality Check. 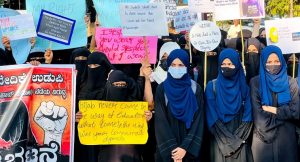 She is one of the students who protested in court against the government’s ban on hijab by the Karnataka High Court.

The court banned wearing hijab in classrooms because it claims that wearing the hijab is not “part of essential religious practice in the Islamic faith.”

In the video, Almas cited multiple chapters of the Holy Quran to prove that wearing the hijab is a compulsion in Islam for women. When asked about how she will face the troubles in classrooms now that the hijab is banned, she said she, and many like her, will stop going to college.

“The court is denying us our constitutional right,” she claimed.

Almas added that pre-COVID, Muslim girls wearing hijab were treated unfairly in classes. However, before the students could stand up against the treatment, COVID-19 caused schools to shut down.

This matter has risen again since schools opened after COVID, the young student said. 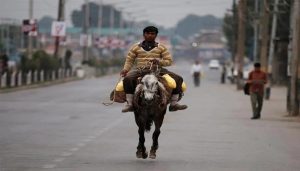 Meanwhile, a man from India’s Aurangabad city in the state of Maharashtra bought a horse to deal with the fuel price hike efficiently.

The man, identified as Shaikh Yusuf, bought a horse to commute as it is a more “feasible option”, he told ANI. He had bought the horse during the COVID-19 lockdown for INR40,000 and named him “Jigar”.

“I work as a lab assistant at a college, and even today, I use my horse to commute. It keeps one fit and healthy. Also, given the rise in fuel prices, horse as a mode of transport is a feasible option,” he told the news agency.

Yusuf added that he purchased the horse when his bike had stopped functioning, petrol prices began shooting, and public transport was not plying.

The internet is divided as it usually is, as some netizens found it a good and healthy option while others were concerned about animal rights.

On the other hand NDTV further reported while the lion is known as the king of the jungle and is considered one of the strongest animals in the world, a video that went viral over the internet with 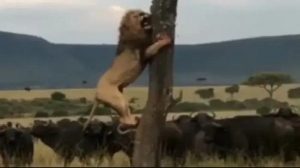 more than 22,000 views in the past month shows a unique view of a lion being bullied by a herd of buffaloes, NDTV reported.

The exact location of the incident is currently unknown, however, the video was posted by the Instagram account @wild_animal_shorts.

The lion is seen stuck to the tree, trying to climb it. Angry buffaloes that surround him do not budge whatsoever. Towards the end of this incomplete recording, the lion is seen losing his grip and sliding down gradually.

Viewers enjoyed this surprising sight and had a lot of interesting input.

One user said “Hold on tight Simba your father on his way,”

“Cool caption, but I find it to be incorrect. Adult male lions will run away,” said Instagram user jaybear1773 adding a different perspective.