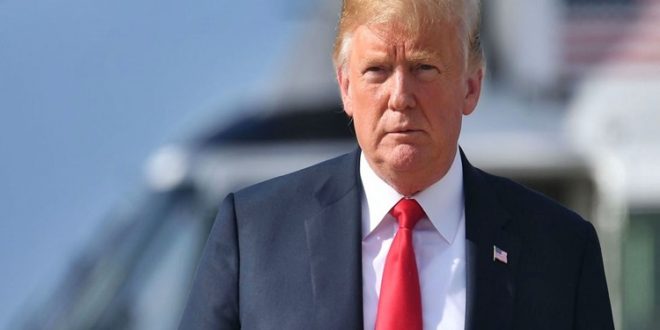 US President Donald Trump urged the opposition Democrats to visit the White House for talks to end the government shutdown, which is now in its record 22nd day.

In a tweet, he said he is waiting for Democrats leaders and they should come back to Washington to end the shutdown. This statement comes days after he walked out of a meeting with the Congressional leaders when they shot down his border wall funding proposal.

He also threatened that the shutdown could continue for a long time, if there is no agreement.

This longest ever shut down. Trump has sought 5.7 billion dollars in funding from Congress to construct a concrete wall or a physical steel barrier on the US-Mexico border to prevent illegal immigrants and smuggling.

The opposition Democrats have said that under no circumstances can they approve such a proposal.

This has resulted in a partial government shutdown wherein more 800,000 federal government employees have been left without work and have not received their salaries.