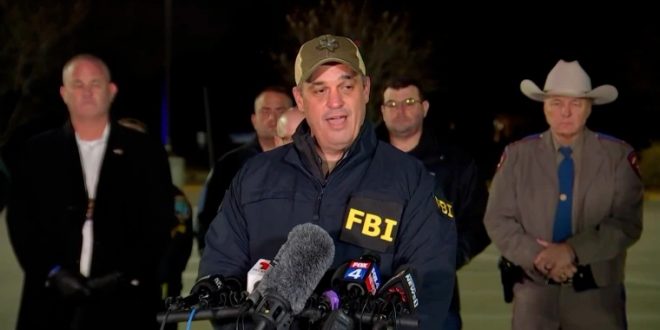 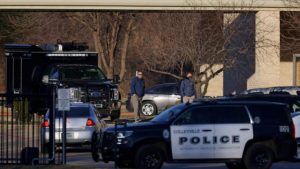 COLLEYVILLE/ TEXAS: United States authorities have identified a 44-year-old British national as the man who took four people hostage at a Texas synagogue for 10 hours before an FBI SWAT team stormed the building, ending a tense standoff that President Joe Biden called “an act of terror”.

The FBI identified the man as Malik Faisal Akram, 44, who was killed after the safe release of his four hostages on Saturday night.

In a statement, the FBI said there was no indication that anyone else was involved. It did not provide a possible motive for the attack.

The FBI and police spokeswomen declined to answer questions on Saturday night about who shot Akram when the standoff at Congregation Beth Israel near Fort Worth ended.

Akram could be heard ranting on a Facebook livestream of the services and demanding the release of a Pakistani neuroscientist who was convicted of trying to kill US Army officers in Afghanistan. 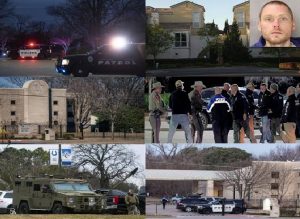 Video from Dallas TV station WFAA showed people running out of a door in the synagogue, and then a man holding a gun opening the same door just seconds later before he turned around and closed it. Moments later, several rounds of gunfire could be heard, followed by the sound of an explosion.

The incident in Colleyville, Texas, “was an act of terror“, said Biden, who was in Philadelphia with First Lady Jill Biden to honour the legacy of slain civil rights leader Martin Luther King Jr.

“Allegedly, I don’t have all the facts, nor does the attorney general but allegedly the assertion was he got the weapons on the street,” Biden said.

“He purchased them when he landed and it turns out there apparently were no bombs that we know of … Apparently he spent the first night in a homeless shelter. I don’t have all the details yet so I’m reluctant to go into much more detail,” the president said.

FBI Special Agent in Charge Matt DeSarno said the hostage-taker was specifically focused on an issue not directly connected to the Jewish community, and there was no immediate indication that the man was part of any broader plan. But DeSarno said the agency’s investigation “will have global reach”.

It was not clear why Akram chose the synagogue. 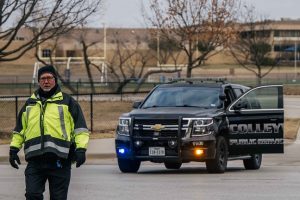 Police were first called to the synagogue about 11am and people were evacuated from the surrounding neighborhood soon after that, FBI Dallas spokeswoman Katie Chaumont said.

An FBI Hostage Rescue Team on Saturday night stormed the synagogue, ending a 10-hour standoff with police by the gunman, who disrupted a Sabbath service and took the rabbi and three other people hostage.

One hostage was released unharmed after being held for six hours and the remaining three were later safely freed by the FBI team.

On Sunday, British foreign minister Liz Truss condemned the hostage-taking at the synagogue as an “act of terrorism and anti-Semitism”.

“We stand with US in defending the rights and freedoms of our citizens against those who spread hate,” Truss wrote on Twitter.

The Texas hostage situation appeared to be an isolated incident, but synagogues in New York and elsewhere around the country ramped up security in response.