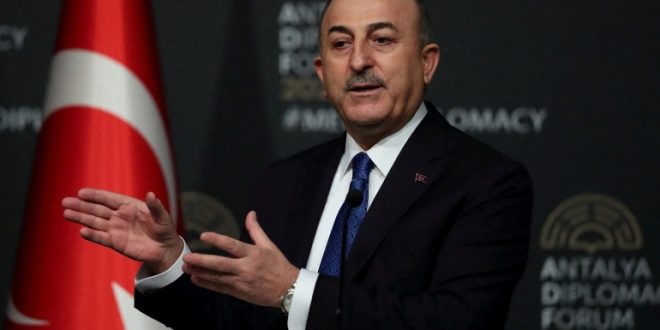 ISTANBUL/ MOSCOW/ KYIV: Turkey has said Russia and Ukraine made progress on their negotiations to halt the war and the two sides were “close to an agreement”. 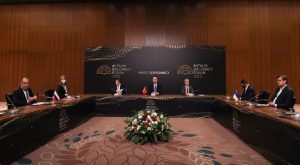 Russian forces invaded Ukraine on February 24 with President Vladimir Putin calling his country’s actions a “special operation” meant to demilitarize Ukraine and purge it of what he sees as dangerous nationalists. Ukraine and the West say Putin launched an aggressive war of choice.

“Of course, it is not an easy thing to come to terms with while the war is going on, while civilians are killed, but we would like to say that momentum is still gained,” foreign minister Mevlut Cavusoglu said in live comments from the southern Turkish province of Antalya on Sunday.

“We see that the parties are close to an agreement.”

Cavusoglu said Turkey was in contact with the negotiating teams from the two countries but he refused to divulge the details of the talks as “we play an honest mediator and facilitator role.” 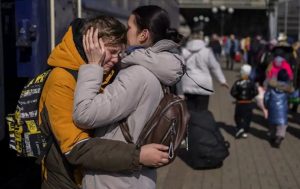 In an interview with daily newspaper Hurriyet, presidential spokesman Ibrahim Kalin said the sides were negotiating six points: Ukraine’s neutrality, disarmament and security guarantees, the so-called “de-Nazification”, removal of obstacles on the use of the Russian language in Ukraine, the status of the breakaway republics in the Donbas region and the status of Crimea annexed by Russia in 2014.

Ukraine and the West have dismissed Russian references to “neo-Nazis” in Ukraine’s democratically-elected leadership as baseless propaganda.

Foreign ministers Sergei Lavrov of Russia and Dmytro Kuleba of Ukraine met in the Turkish resort town of Antalya earlier this month with Cavusoglu also attending. The discussions did not yield concrete results.

Ukrainian President Volodymyr Zelenskyy has repeatedly appealed for peace, urging Russia to accept “meaningful” talks for an end to the invasion. 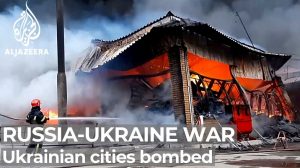 “This is the time to meet, to talk, time for renewing territorial integrity and fairness for Ukraine,” he said, in a video posted on social media on Saturday.

Turkey said it was ready to host a meeting between Zelenskyy and Russian President Vladimir Putin. “We are working day and night for peace,” Cavusoglu said on Sunday.

President Recep Tayyip Erdogan has repeatedly said Turkey will not abandon its relations with Russia or Ukraine, saying Ankara’s ability to speak to both sides was an asset.

Ankara has not sanctioned Russia or closed its airspace but has closed the Turkish Straits connecting the Black Sea to the Mediterranean, which affects Russian warships’ access except for those returning to port. (Int’l News Desk)