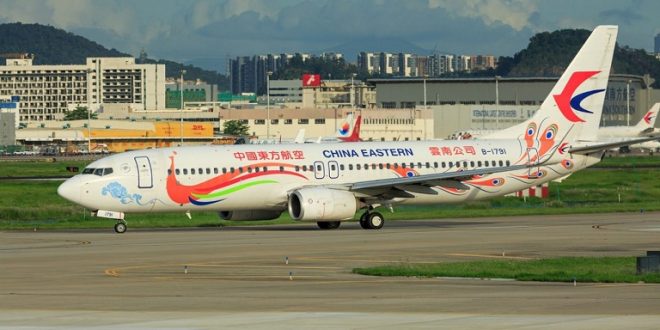 BEIJING: A China Eastern passenger jet carrying 132 people crashed in southern China on Monday, aviation authorities said, with state media reporting it led to a fire on a mountain and the number of casualties unknown. 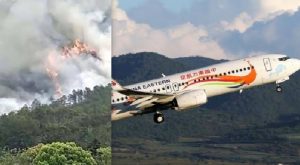 The Boeing 737 flight from Kunming city to the southern hub of Guangzhou “lost airborne contact over Wuzhou” city in the Guangxi region, the Civil Aviation Administration of China (CAAC) said in an online announcement.

“At present, it has been confirmed that this flight has crashed,” the CAAC said, adding that it had activated its emergency response and “dispatched a working group to the scene”.

The plane was carrying 123 passengers and 9 flight crew members, the CAAC said.

An earlier state media report had said there were 133 people on board.

The report added that rescue teams were dispatched to the scene. 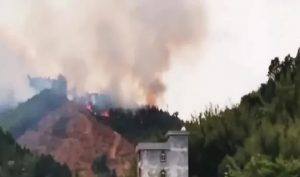 One villager told a local news site that the plane involved in the crash had “completely fallen apart” and he had seen nearby forest areas destroyed by a fire caused when the plane crashed onto the mountainside.

Fears for the fate of the jet spread on Monday afternoon as local media reported that China Eastern flight MU5735 had not arrived as planned in Guangzhou after taking off from Kunming shortly after 1:00 pm (0500 GMT).

There was no immediate response from China Eastern when contacted by AFP. The airline had changed its website to black and white colours on Monday afternoon.

“The exact location of the accident was Langnan Township in Teng County,” a local official told AFP, without giving further details.

Flight tracker FlightRadar24 showed no more data for flight MU5735 after 2:22 pm local time, when it had reached Wuzhou. It showed that the plane had sharply dropped from an altitude of 29,100 feet to 3,225 feet in the span of three minutes, before flight information stopped. 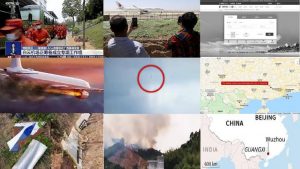 China had enjoyed an enviable air safety record in recent years in a country crisscrossed by newly built airports and serviced by new airlines established to match the country’s breakneck growth over the last few decades.

A Henan Airlines flight crashed in northeastern Heilongjiang province in 2010, killing at least 42 out of 92 people on board although the final toll was never confirmed.

Most of the passengers onboard the Malaysia Airlines Flight MH370, which disappeared in March 2014 en route from Kuala Lumpur to Beijing, were from China. (Int’l Monitoring Desk)