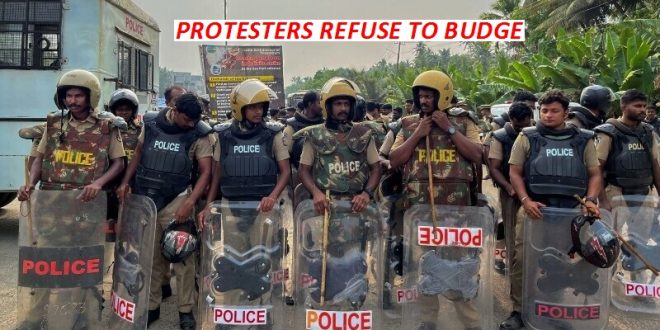 NEW DELHI/ VIZHINJAM: Police in the Indian state of Kerela on Wednesday said they will not allow a Hindu group close to the country’s ruling party to march in support of a mega port by Adani Group, as tensions rise over a $900 million project stalled by Christian protesters.

Members of the Hindu United Front have vowed to walk to the port in Vizhinjam, on the southern tip of India, to pledge their support for a project they say will create jobs in the region. 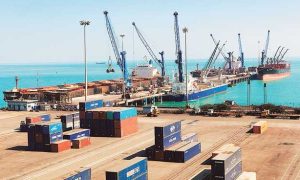 Construction has been halted for almost four months by protesters from a fishing community who say the port is causing erosion that has hit their livelihoods.

The villagers, led by Catholic priests, are blocking the site’s entrance with a makeshift shelter, and an attempt by police to intervene triggered clashes which injured more than 80 people.

In a bid to stave off fresh violence, a senior police officer said even more security had been deployed around the port to prevent the Hindu group from reaching it.

“We have denied permission to the rally by the Hindu United Front. We have taken enough precautions to prevent it if the front defy the order,” Trivandrum Deputy Commissioner of Police Ajith V told Reuters.

The port is of strategic importance to both India and billionaire Gautam Adani, Asia’s wealthiest man and the world’s third-richest. Once completed, it will become India’s first container transhipment hub, rivalling Dubai, Singapore and Sri Lanka for business on the lucrative east-west trade routes.

Critics say Adani, who comes from the same state as Modi, has benefited from the policies of the federal government. 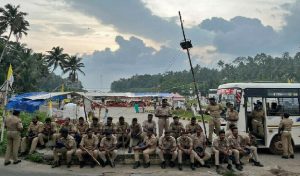 Both Adani’s conglomerate and the government of Kerala have denied accusations the port is causing environmental damage.

Supporters of the port have set up their own shelter across the street from the protesters. Earlier, Hindu United Front member C Babu told Reuters they would go ahead with the rally.

The protest has continued despite repeated orders by Kerala’s top court to allow construction to restart. However, police have so far been unwilling to take action, fearful that doing so will set off social and religious tensions.

The first phase of construction was due to be completed by end-2024. The Adani Group has said in court filings that the protests have caused “immense loss” and “considerable delay”.

Adani has also faced protests in Australia, where environmental activists had launched a “Stop Adani” movement to protest his Carmichael coal mine project in Queensland State. 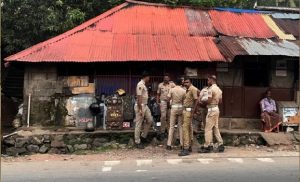 Earlier, as many as 36 police were injured in clashes with protesters in India’s southern state of Kerala who were demanding the release of a person arrested during a demonstration against a $900-million port project of the Adani Group, officials said.

The growing agitation is a major headache for Adani’s ports and logistics business worth $23 billion. The location of the port on India’s southern tip is seen as key to winning business from ports in Dubai, Singapore and Sri Lanka.

Construction at the Vizhinjam seaport has been halted for more than three months after protesters, mostly drawn from the fishing community, blocked its entrance, blaming the development for coastal erosion and depriving them of their livelihoods.

Over the weekend, protesters blocked Adani’s construction vehicles from entering the port, despite a court order for work to resume, prompting the arrest of many of them.