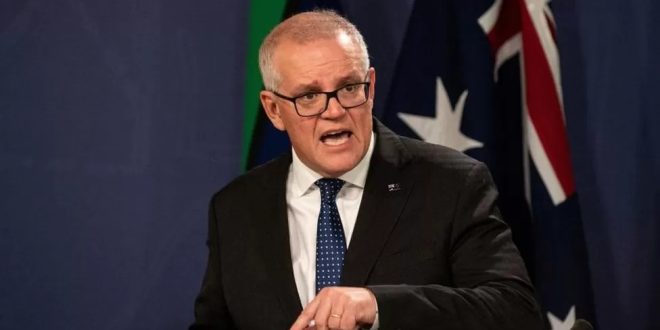 CANBERRA/ MELBOURNE: Former Australian Prime Minister Scott Morrison has been censured by the nation’s parliament for giving himself secret powers while in office. 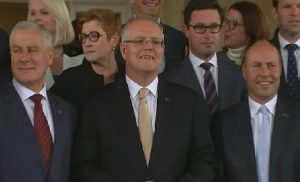 The historic motion follows a damning report which said his actions were “corrosive of trust in government”.

It marks the first time a former prime minister has been censured by the House of Representatives.

Morrison has defended appointing himself to several ministries, calling the censure “retribution” by opponents.

In August, it emerged that Morrison had become joint minister for health, finance, treasury, home affairs and resources in the two years before he lost power in May.

Most ministers were unaware they were sharing portfolios with Morrison and he has been widely criticized, including by close colleagues.

Morrison now a backbench MP has said the decisions were made amid the “extraordinary times” of the pandemic.

An investigation found his appointments were legal, and that he used his extra powers only once – to overrule a minister in a matter unrelated to the pandemic but it ruled Morrison “fundamentally undermined” responsible government. Another inquiry found that most of his appointments had “little if any connection to the pandemic”. 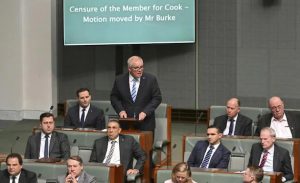 The Albanese government has already promised new laws that would require any similar appointments to be publicly disclosed in future but Albanese said the parliament also had a duty to condemn his predecessor’s actions.

They put Australia on a “slippery slope” away from “precious” democracy, he said on Wednesday.

Morrison told parliament that with hindsight he believed his decisions had been “unnecessary” and he’d given them “insufficient consideration”.

“None of us can claim to be infallible in such circumstances, and I do not,” he said but he stopped short of an apology, and argued the censure was about “political intimidation” and “retribution”.

Most of his centre-right coalition colleagues supported that view, but one MP, Bridget Archer, said she didn’t accept Morrison’s explanation of his actions and supported the censure. 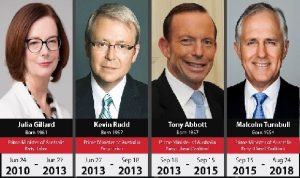 “And I’m deeply disappointed by the lack of genuine apology, or more importantly, understanding of the impact of these decisions,” she said in parliament.

Former Home Affairs Minister Karen Andrews – one of the colleagues who unknowingly shared a portfolio with Morrison also abstained from the vote.

A censure is the parliament’s way of formally expressing disapproval in an MP. Such motions are rare and largely symbolic, but they can have political consequences.

Australia is set to bring in new laws to increase transparency after a report savaged the former prime minister for giving himself secret roles.

Scott Morrison – who was defeated at an election this year – has defended his appointments to several ministries as “necessary” in “extraordinary times” but an inquiry by a former High Court justice found his conduct was “corrosive of trust in government”.