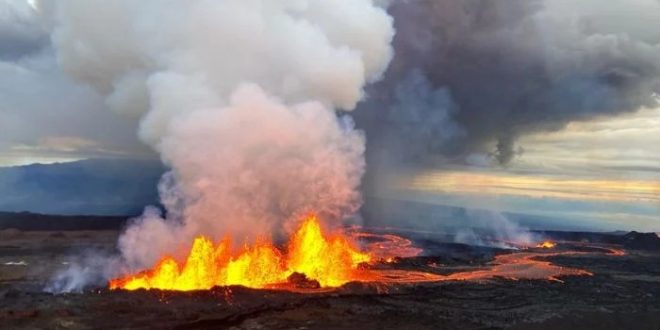 HAWAII: Hawaii’s Mauna Loa, the biggest active volcano on Earth, is erupting for the first time since 1984, according to the U.S. Geological Survey. 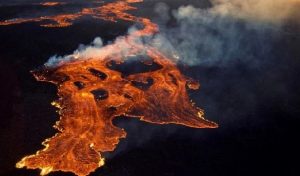 The volcano has been spewing ash and lava as high as 200 feet in the air since about 11:30 p.m. local time on Sunday, according to the USGS’s volcanic activity service.

People on the Big Island had feared the moment for decades. Mauna Loa had been overdue for an eruption after its longest quiet period on record. Authorities closed part of the volcano’s summit last month because the area had been jolted by small earthquakes, a sign that an eruption could happen at any moment. Eruptions are a fact of life in Hawaii, where the islands are made up of volcanoes.

Volcanologists haven’t predicted how long Mauna Loa’s eruption will last or where the lava might travel. The USGS said the volcano’s past eruptions were dynamic in the early stages, with the lava rapidly changing direction.

The lava was initially erupting from the summit, but the USGS said Monday that the lava is now coming out of cracks northeast of the summit. The USGS said the lava flows weren’t threatening any nearby communities but locals should be prepared for that to change. Authorities opened shelters on the island as a precaution. 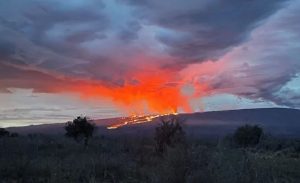 State officials said the eruption had moved to a flatter area where the lava will have time to cool and therefore move slower. It could take weeks or months for lava to potentially reach the sea, compared to hours on steeper slopes.

There have been no reports as of Monday afternoon of injuries, deaths or damage caused by the latest eruption. Authorities said Monday that they hadn’t ordered any evacuations but some people had left voluntarily. Public schools remained open.

Hawaii Gov. David Ige said lava flows weren’t threatening populated areas downslope from the volcano and urged those visiting the state not to change their plans.

The Hawaii Department of Health advised residents on the Big Island to prepare for poor air quality from ash, sulfur dioxide and vog (a noxious mixture of sulfur dioxide, oxygen and moisture), warning that “conditions are changing rapidly” and poor conditions can be “much localized.”

Although the lava flow is not expected to affect any communities on the Big Island, residents are being asked to cut outdoor activities that “cause heavy breathing,” especially among children, seniors and people with pre-existing respiratory conditions. 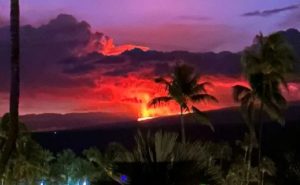 Hawaii officials closed the Mauna Loa Forest Reserve and the neighboring Kipuka ‘Ainahou Nene Sanctuary for at least 90 days, according to the Division of Forestry and Wildlife, while authorities set up roadblocks in the area of the volcano’s lava flow.

51%. That’s roughly how much of the Big Island’s landmass is made up byMauna Loa . The lava flow from the volcano has been centered on the island’s northeastern slope, avoiding the more populous areas of Hilo and Kona to the east and west, respectively. Hawaii County Civil Defense Administrator Talmadge Magno had warned last month that it would be hard to determine which part of the island would be affected by an eruption.

The eruption comes just over a month after Hawaiian officials issued a warning an eruption could be coming, following a significant uptick in earthquakes around the volcano. Over the course of a month, the number of earthquakes rose from between 10 and 20 per day to around 40 to 50 per day, including a 5.0 magnitude earthquake—sending the volcano into a state of “heightened unrest,” according to the Hawaiian Volcano Observatory. (Int’l News Desk)