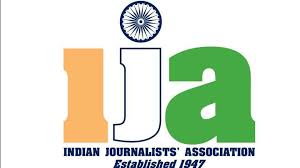 New Delhi /Hyderabad, Feb.6 (PMI): The Indian Journalists Union (IJU) has condemned the thrashing of a local journalist in Raipur by the  Bhartiya Janata Party (BJP) functionaries last week and demanded that the government of Chhattisgarh should take against them. It also called on the BJP State unit to take disciplinary action against them for attacking a journalist.

In a statement Wednesday, IJU President and Press Council of India (PCI) member, Amar Devulapalli and Secretary General and IFJ Vice President Sabina Inderjit expressed solidarity with its State union, Chhattisgarh Shramjeevi Patrakar Kalyan Sangh (CSPKS) and other journalists who sat on an indefinite dharna in front of the Raipur Press Club seeking action against the culprits, including BJP district unit chief.

Four BJP functionaries thrashed a local journalist Suman Pandey, working with a local website Voice, on Saturday night while he was taking video of a scuffle between BJP leader Rajeev Aggarwal and Nand Sahuat the district headquarters during a review meeting on the party’s defeat in recent Assembly polls. The functionaries insisted Pandey delete the video, even though he said he was a journalist and was doing a job. The workers then beat him up. The police arrested thefour culprits after Pandey filed and FIR, but immediately released them on bail. On their release, culprits came back to dharna venue and misbehaved with the protesting journalists.

The statement said “the IJU firmly believes the attack is not just against the journalists but against the freedom of the press. The attempt of some BJP leaders to hush up the case by apologizing is not acceptable. We demand that the culprits should be arrested under non-bailable sections of the IPC and the BJP should remove the attackers from their posts to send a strong signal that attacks on journalists would not be tolerated. (PMI)