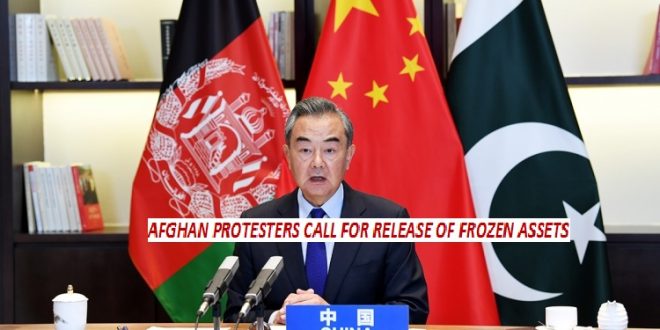 UNITED NATIONS/ BEIJING/ KABUL/ ISLAMABAD: China, with Russia’s backing, has opposed a resolution proposed by the United States in the UN Security Council that would have provided a system for humanitarian exceptions to economic sanctions imposed on Taliban-controlled Afghanistan. 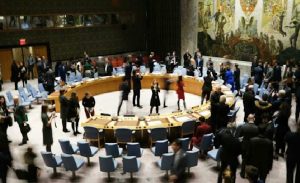 “They want the deletion” of a paragraph of the resolution allowing the sanctions committee responsible for Afghanistan to provide “exemptions from the freezing of assets” if it considers that “such a waiver is necessary to facilitate further assistance to Afghanistan,” a diplomat told AFP on condition of anonymity.

China, which is “opposed in principle to sanctions,” is “against a case-by-case exemption mechanism,” another diplomat confirmed.

“Humanitarian aid and life-saving assistance must be able to reach the Afghan people without any hindrance,” China´s UN Ambassador Zhang Jun said in a tweet Monday. “Artificially created conditions or restrictions are not acceptable.”

Washington was hoping for approval on Monday of their draft by the other 14 members of the Security Council, so that they could put it to a vote on Tuesday, diplomatic sources said. 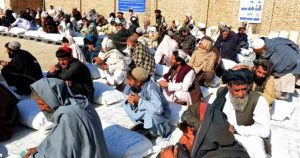 “There are currently no humanitarian exemptions from the sanctions regime” imposed on the Taliban in 2015 and for aid workers to “carry out financial transactions with ministries headed by people under sanctions would violate sanctions,” said a diplomat.

Having abandoned the disputed paragraph on case-by-case exemptions, the United States submitted a new draft late Monday stating that, for the period of one year, humanitarian assistance would not be deemed to violate sanctions on Afghanistan.

Martin Griffiths, the UN´s head of humanitarian affairs, said that “the need for liquidity and stabilization of the banking system is now urgent not only has to save had the lives of the Afghan peopled but also to enable humanitarian organizations to respond.”

Earlier, hundreds of protesters have marched through the streets of Kabul towards the shuttered 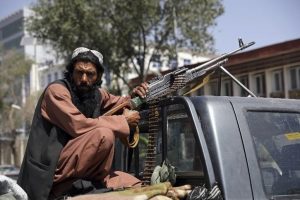 Holding banners reading, “Let us eat” and “Give us our frozen money”, the protesters chanted slogans and marched down a central avenue on Tuesday, with the ruling Taliban providing security.

International funding to Afghanistan has been suspended and billions of dollars of the country’s assets abroad, mostly in the US, were frozen after the Taliban took control of the country in August.

The lack of funding has battered Afghanistan’s already troubled economy, leading to increasing poverty while aid groups warn of a looming humanitarian catastrophe.

State employees, from doctors to teachers and administrative civil servants, have not been paid in months. Banks, meanwhile, have restricted how much money account holders can withdraw. 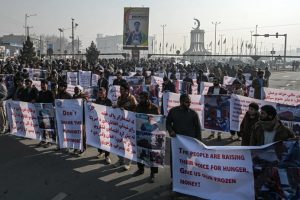 On Sunday, Muslim nations resolved to work with the United Nations to try to unlock the frozen Afghan assets in a bid to tackle a growing humanitarian crisis.

At a special meeting in Pakistan of the 57-member Organization of Islamic Cooperation (OIC) delegates said they would work “to unlock the financial and banking channels to resume liquidity and flow of financial and humanitarian assistance”.

The meeting was the biggest conference on Afghanistan since the US-backed government fell in August and the Taliban returned to power.