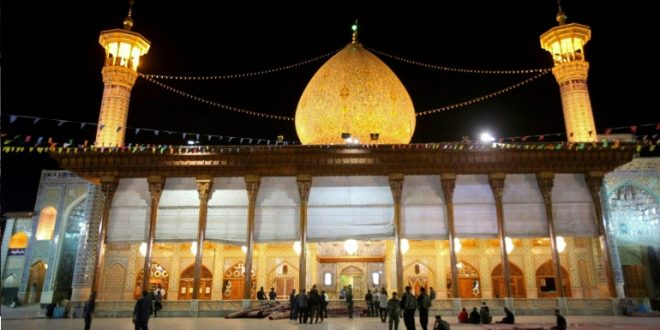 TEHRAN/ SHIRAZ: As many as 15 people have been killed and 41 others injured in an attack on a Shia religious shrine in the southern Iranian city of Shiraz, according to the country’s state media agency, IRNA. 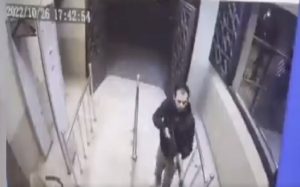 The report said that the attack, which took place at the Shah Cheragh Shrine early on Wednesday evening, was carried out by three armed men who entered the shrine.

Two of the attackers have been caught, with one still on the run.

ISIL (ISIS also known as Daesh) claimed responsibility for the attack in a statement on their telegram channel.

Nour news, a media outlet affiliated with the Iranian state, had earlier reported that the attackers were not Iranian nationals.

The Fars News Agency said that one woman and two children were among those killed in Shiraz.

“We were preparing for prayers and then we heard the gunshots, we tried to escape from the other side and then I realized I was bleeding,” a witness and survivor of the attack told media.

“I could not see who was shooting … It started from the street and then they came towards the shrine and they shot whoever they saw. I saw some injured and killed, but I did not see the attackers,” he said.

Fouad Izadi, an associate professor in the Faculty of World Studies at the University of Tehran, said the aim of the shooting was to “attack worshippers”. 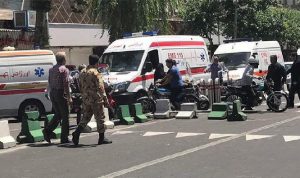 Journalist Dorsa Jabbari, reporting from Tehran, said that the shrine was an important site for religious pilgrims.

Shiraz is a popular destination for pilgrimages and tourism, and the last such attack to take place in the city was in April 2008, when a bomb planted in a mosque killed 14 people.

“This is a very rare incident to be taking place at a very important time in Iran, when security is at high alert given the number of protests that have been taking place across the country,” Jabbari said.

Wednesday’s attack comes as Iran continues to face protests since the September death of Mahsa Amini, a 22-year-old who died after she was detained by the country’s morality police for wearing “improper hijab”.

Wednesday marked 40 days since Amini died, and saw thousands of people gather in Amini’s hometown in the northwest of Iran.

Iran’s President Ebrahim Raisi said the attack in Shiraz would not go unanswered, according to the semiofficial Tasnim news agency. 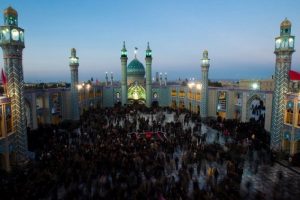 “Experience shows that Iran’s enemies, after failing to create a split in the nation’s united ranks, take revenge through violence and terror. This evil will definitely not go unanswered, and the security and law enforcement agencies will teach a lesson to those who designed the attack,” Raisi said.

Tasnim reported that one of the attackers on Wednesday shot an employee at the shrine entrance before his rifle jammed and he was chased by bystanders. The attacker managed to fix his gun and then opened fire on his pursuers, before entering a courtyard and shooting worshippers. Several women and children were among the dead, the news agency said.

Iran in June hanged a Sunni who was sentenced to death for killing two Shia clerics and wounding another in early April, the judiciary said at the time.

A 21-year-old national of Uzbek origin carried out the April 5 stabbing attack at the Imam Reza shrine, which honors one of the most revered figures in Shia Islam.

The killings happened during the Muslim holy month of Ramadan when large crowds of worshippers had gathered at the shrine, in Iran’s second-largest city Mashhad. 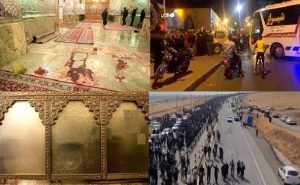 On the other side, Iran will not let an attack at a shrine that killed 15 people and was designed to destabilize the country go unanswered, the foreign minister of the country said on Thursday.

The assault, claimed by Daesh, will add pressure on the government which has faced relentless demonstrations by people from all layers of society since the death in police custody of Mahsa Amini, a 22-year-old Kurdish woman, on Sept 16.

Iranian officials said they had arrested a gunman who carried out the attack at the Shah Cheragh shrine in the city of Shiraz. State media blamed “takfiri terrorists”, a label Tehran uses for militants such as Daesh.

“We will certainly not allow Iran’s national security and interests to be toyed with by terrorists and foreign meddlers who claim to defend human rights,” Foreign Minister Hossein Amirabdollahian said in a statement carried by state media.

“This crime made the sinister intentions of the promoters of terror and violence in Iran completely clear. There is reliable information that the enemies have drawn up a multi-layered project to make Iran insecure.” (IRNA)