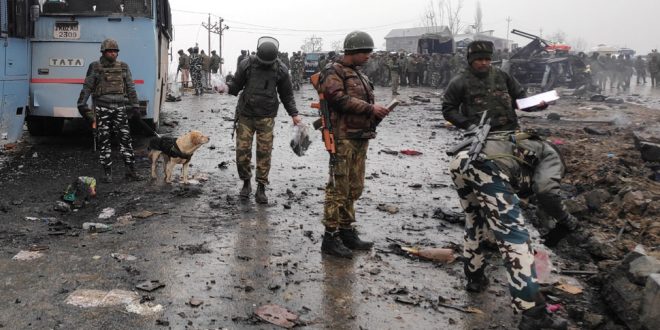 The four students, who were studying at the National Institute of Medical Science (NIMS), allegedly posted a picture on WhatsApp in which they can be seen celebrating the Pulwama attack which claimed the lives of 40 CRPF personnel. The girls were identified as Talveen Manzoor, Iqra, Zohra Nazir and Uzma Nazir and all of them are second-year students at NIMS.

The picture went viral within no time, forcing the university administration to suspend them with immediate effect.

In the suspension order, the NIMS registrar said,”You have posted an anti-national message on your WhatsApp for celebrating the killing of Pulwama terrorist attack martyrs. The university will not tolerate and strictly condemns such activities. The act is grave and serious in nature.”

He added that senior officials are probing the case and appropriate action will be taken after a thorough inquiry.

In a similar incident, an undergraduate Kashmiri student was suspended by Aligarh Muslim University on Friday for posting an objectionable tweet in connection with the Pulwama attack.(courtesy PTI)