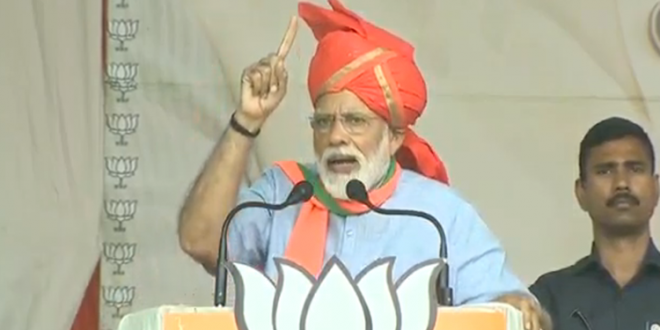 Prime Minister Narendra Modi has said that BJP is committed to settle Kashmiri Pandits at their native places in Kashmir and work has started in this direction.

Addressing a rally in Kathua today, Mr Modi said policies of the Congress party were responsible for the migration of Kashmiri Pandits from Valley.

Prime Minister said the anti-India stance of Congress, National Conference and PDP is getting exposed by what they are promising in their manifesto.

Mr Modi blamed two political families of Jammu and Kashmir for what he called the ruining the three generations of the state. Referring to Baba Saheb Dr BR Ambedkar, Prime Minister said dynastic rule is the biggest threat to democracy. Mr Modi said voting against dynastic families will be biggest tribute to Baba Saheb.