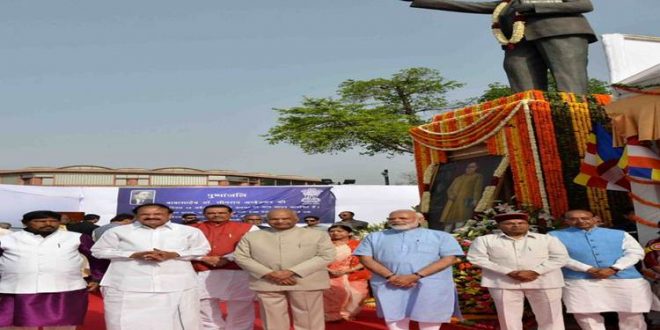 The Vice President said, Dr Ambedkar relentlessly campaigned against social discrimination and inequalities and was a firm believer in the empowerment of women through education. He said, Dr Ambedkar’s contribution to nation building is invaluable and his ideas will continue to inspire every Indian for all times.

Prime Minister and Lok Sabha Speaker also paid floral tributes at the portrait of Dr Ambedkar inside the Parliament House.