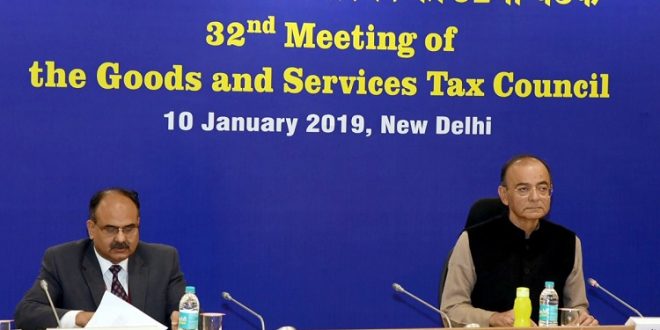 In a bid to give relief to small businesses, the GST Council on Thursday doubled the GST exemption limit to Rs 20 lakh for northeastern states and Rs 40 lakh for the rest of the country.

Speaking to media after a meeting of GST Council in New Delhi, Finance Minister Arun Jaitley said,the scope of  GST Composition Scheme, under which small traders and businesses pay a small tax based on turnover rather than value addition is raised to Rs 1.5 crore from Rs 1 crore. Mr Jaitley said the twin move would give relief to micro, small and medium enterprises (MSMEs).

The Finance Minister said, the changes will come into effect from 1st April this year. He said, those who come under the composition scheme will pay tax quarterly, but the return will be filed only once a year. Mr Jaitley said that a committee has been set up to consider real estate GST rates.

The Minister said, the council has allowed the state of Kerala to impose a cess of up to 1 per cent on intrastate sales for two years