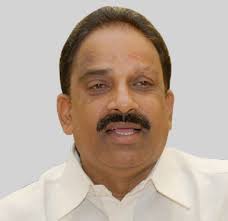 Launching the new App Number “181”, the minister said it will provide advice, rescue and counsel the women, who can call through any phones such as BSNL, Idea, Airtel, Jio, Vodafone, Tata Docomo, Uninor or others. Women in distress or facing sexual abuse, harassment at work place, any problems can dial free of cost to the number working 24 hours and 365 days from any place, remote areas or villages. This is the Centre- sponsored scheme being introduced by the State government in coordination with the GVK-EMRI while Hyderabad Collectorate being the nodal agency.

The minister said Chief Minister K Chandrasekhar Rao gave top priority for women welfare, protection and safety from any sort of harassment, abuse and injustice at any place in the State. The app will provide instant response to the women facing problems and help her get relief, live with self respect and remain happy. In addition to the SHE Teams that are providing spontaneous protection to girls and women from eve-teasing and harassment, the State government has launched 181 App that will prove handy by timely action to the women affected by violence, in suffering, grief, sorrow or facing problems, he added. The App will also facilitate crisis intervention through referral to one stop centers or Sakhi centers, police, hospital, ambulance services to the women get temporary shelter at short stay homes and Swadhar Homes.

The KCR Government has introduced several welfare schemes for women like double bedroom houses, land and pensions on their names. So also, the KCR Kits evoked tremendous response as most of the women were now shifting to the government hospitals from the private ones to avail better health services, he said. He also claimed that the government was paying women Rs 12,000 for delivering a boy and Rs 13,000 for delivering a girl on delivery. Steps have also been taken to stop the dropout problems during Class X and help girls to study Intermediate, Degree and other higher education courses by opening up 520 residential schools and colleges, he added.