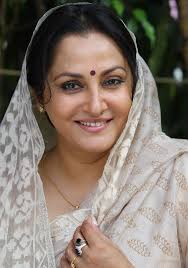 Hyderabad, March 25 (PMI): Vetaran film actress and former MP Jaya Prada is likely to join the Bharatiya Janata Party, according to informed sources. There was a chance that Jaya Prada may be contesting from Rampur constituency in Uttar Pradesh against Azam Khan, the sources said. The Lok Sabha seat was represented by Jaya Prada between 2004-2014.

If Jaya Prada chooses to contest the Lok Sabha polls from Rampur, she will be fighting against Samajwadi Party leader Azam Khan. Earlier, Jaya Prada had made serious charges against Khan, alleging that he had attempted an acid attack on her.

Jaya Prada had started her political career with the TDP in 1994. She later quit the party following differences with party chief N Chandrababu Naidu and joined the Samajwadi Party. In 2010, she was expelled from the SP for anti-party activities, following which she joined the RLD in 2014. (PMI)