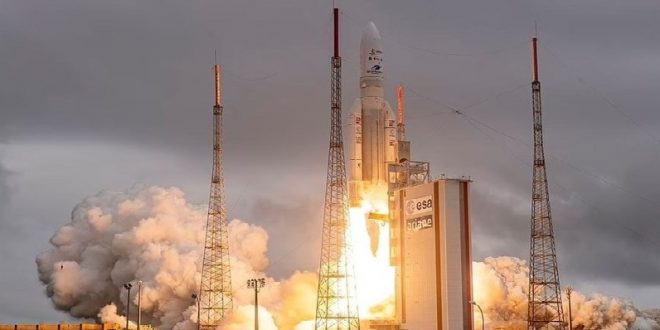 WASHINGTON/ NAIROBI: The $10bn James Webb telescope has left Earth on its mission to show the first stars to light up the Universe.

The observatory was lifted skyward by an Ariane rocket from the Kourou spaceport in French Guiana. 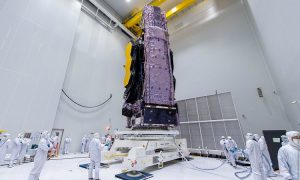 Its flight to orbit lasted just under half an hour, with a signal confirming a successful outcome picked up by a ground antenna at Malindi in Kenya.

Webb, named after one of the architects of the Apollo Moon landings, is the successor to the Hubble telescope.

Engineers working with the US, European and Canadian space agencies have built the new observatory to be 100 times more powerful, however.

“Lift off from a tropical rainforest to the edge of time itself, James Webb begins a voyage back to the birth of the Universe,” said American space agency (NASA) TV commentator Rob Navias at the moment the rocket left the Earth.

Lift-off was eagerly awaited but accompanied also by a good deal of anxiety. Thousands of people worldwide have worked on the project over the past 30 years, and even though the Ariane is a very dependable vehicle – there are no guarantees when it comes to rockets. 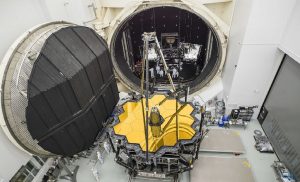 Webb’s launch is only the start of what will be a complex series of initial activities over the next six months.

The telescope is being put on a path to an observing station some 1.5 million km beyond the Earth.

In the course of travelling to this location, Webb will have to unpack itself from the folded configuration it adopted at launch – like a butterfly emerging from its chrysalis.

This won’t be easy, conceded NASA administrator Bill Nelson: “We have to realize there are still innumerable things that have to work and they have to work perfectly but we know that in great reward, there is great risk. And that’s what this business is all about and that’s why we dare to explore.”

At the core of the new facility’s capabilities is its 6.5m-wide golden mirror. This is almost three times wider than the primary reflector on Hubble. 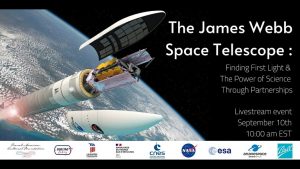 The enlarged optics, combined with four super-sensitive instruments, should enable astronomers to look deeper into space – and thus further back in time, than ever before.

A key target will be the epoch of the pioneer stars that ended the darkness theorized to have gripped the cosmos shortly after the Big Bang more than 13.5 billion years ago.

It was the nuclear reactions in these objects that would have forged the very first heavy atoms essential for life – carbon, nitrogen, oxygen, phosphorus and sulphur.

Another overarching goal for Webb will be to probe the atmospheres of distant planets. This will help researchers gauge whether these worlds are in any way habitable.

“We’re going to be entering a whole new regime of astrophysics, a new frontier; and that is what gets so many of us excited about the James Webb Space Telescope,” said Heidi Hammel, a 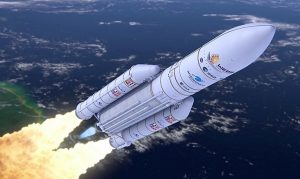 planetary astronomer and an interdisciplinary scientist on the mission.

The unfurling process takes about two weeks. Webb’s big mirror then has to be focused. The 18 segments that form this reflector have little motors on the back that will adjust the curvature.

“And then the critical thing is that it all has to get very cold,” explained Mark Mark McCaughrean, senior science adviser with the European Space Agency.

“This telescope actually will be at minus 233 degrees Celsius. Only then will it stop glowing at the infrared wavelengths beyond the visible where we want this telescope to work. And only then will it be able to take the sensitive pictures of the distant Universe where the first galaxies were born, and of planets going around other stars. So there’s a long way to go.” (Int’l Monitoring Desk)