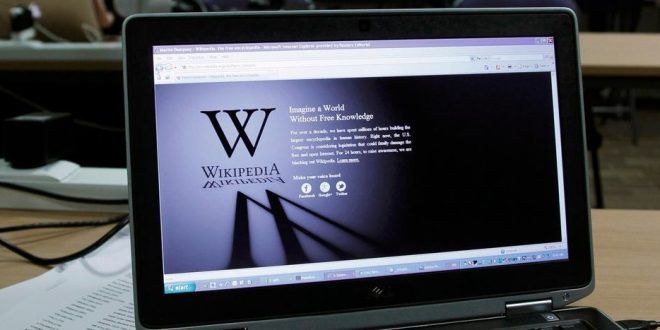 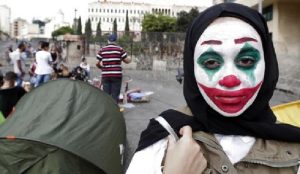 The claims came after Wikimedia carried out its own investigation and suspended 16 users for “conflict of interest” editing in the Middle East.

Wikimedia said “material inaccuracies” had been published but no evidence of Saudi infiltration was found.

Wikipedia relies on teams of volunteer administrators and editors for its content.

A statement by Smex and Democracy for the Arab World Now (Dawn) accused the Saudi government of using agents to act as independent editors on Wikipedia to “control information about the country”.

Smex is based in Lebanon while Dawn is a US-based organization founded by Saudi journalist Jamal Khashoggi, who was murdered in 2018 inside the Saudi consulate in Istanbul.

The groups also alleged that two “high-ranking administrators in Saudi Arabia” were arrested in September 2020 and charged with “swaying public opinion” and “violating public morals”. They were sentenced to five and eight years in prison, the groups said.

Last year, Wikimedia announced 16 global suspensions for users who “were engaging in conflict of interest editing on Wikipedia projects” in the Middle East. 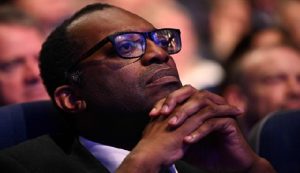 “We were able to confirm that a number of users with close connections with external parties were editing the platform in a coordinated fashion to advance the aim of those parties,” it said.

Citing “sources with knowledge of Wikimedia’s operations”, Smex and Dawn said at least one of the 16 were Saudi users, serving as agents for the government to “promote positive content about the government and delete content critical of the government”.

Wikimedia said this is “unlikely to be the case”, adding that some users “who may have been Saudi” were among those banned.

“These organizations did not share the statement with the [Wikimedia] Foundation, and ‘sources of knowledge’ as cited in their release can get things wrong,” it said.

Saudi authorities have not commented on the claims.

Wikipedia is a multilingual free online encyclopedia written and maintained by a community of volunteers, known as Wikipedians, through open collaboration and using a wiki-based editing system. Wikipedia is the largest and most-read reference work in history. It is consistently one of the 10 most popular websites ranked by Similar-web and 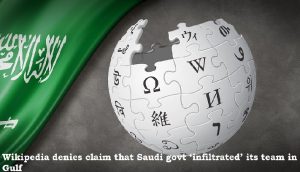 formerly Alexa; as of 2022, Wikipedia was ranked the 5th most popular site in the world. It is hosted by the Wikimedia Foundation, an American non-profit organization funded mainly through donations.

Wikipedia was launched by Jimmy Wales and Larry Sanger on January 15, 2001. Sanger coined its name as a blend of wiki and encyclopedia. Wales was influenced by the “spontaneous order” ideas associated with Friedrich Hayek and the Austrian School of economics after being exposed to these ideas by the libertarian economist Mark Thornton. Initially available only in English, versions in other languages were quickly developed. Its combined editions comprise more than 60 million articles, attracting around 2 billion unique device visits per month and more than 17 million edits per month (1.9 edits per second) as of November 2020. In 2006, Time magazine stated that the policy of allowing anyone to edit had made Wikipedia the “biggest (and perhaps best) encyclopedia in the world”. (Int’l News Desk)