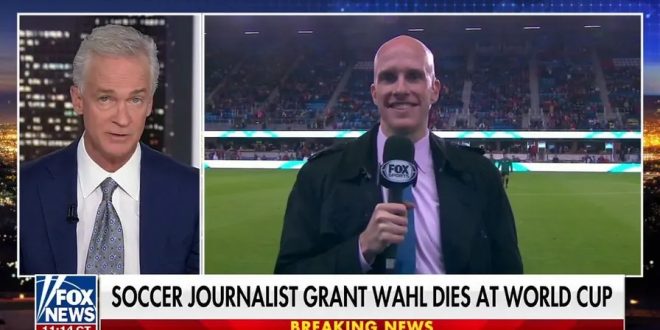 US sports journalist dies during match in Qatar

DOHA, QATAR: A prominent football journalist from the United States has died while covering the World Cup in Qatar. 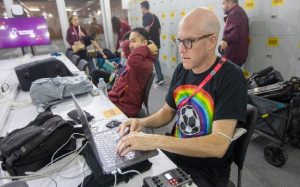 Early reports suggest he may have had a heart attack, but this has yet to be officially confirmed.

Last month Wahl was briefly detained by Qatari authorities for trying to enter a stadium wearing a rainbow shirt, in support of LGBT rights.

In a statement, the US Soccer Federation said it was “heartbroken” by the news.

“Fans of soccer and journalism of the highest quality knew we could always count on Grant to deliver insightful and entertaining stories about our game, and its major protagonists,” it said.

In a tweet, Wahl’s wife, Céline Gounder, said she was in “complete shock”, adding that she was “so thankful” for the support she had received from friends.

Wahl celebrated his 48th birthday on Thursday with friends in Qatar, a day before he collapsed. He wrote on his website on Monday that he had been unwell in the last 10 days and was on a course of antibiotics for suspected bronchitis. 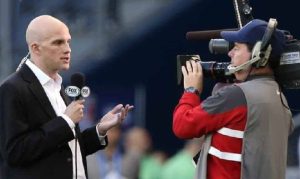 “My body finally broke down on me,” he wrote. “What had been a cold over the last 10 days turned into something more severe on the night of the USA-Netherlands game, and I could feel my upper chest take on a new level of pressure and discomfort.

“I didn’t have COVID (I test regularly here), but I went into the medical clinic and the main media center today, and they said I probably have bronchitis.”

FIFA President Gianni Infantine said Wahl’s love for football was “immense”, adding that his reporting would be “missed by all who follow the global game”.

Tributes have poured in from several UK journalists. Piers Morgan described Wahl as a “brilliant journalist”, while the Times’ Henry Winter said he was a “fine man” and “giant of the press box”.

Sport’s Dan Roan tweeted: “Grant Wahl was a renowned and hugely respected journalist and the flood of tributes is testament to the esteem in which he was held.”

Major League Soccer Commissioner Don Garber tweeted: “We are shocked, saddened and heartbroken over the tragic passing of Grant Wahl. He was a kind and caring person whose passion for soccer and dedication to journalism were immeasurable.” 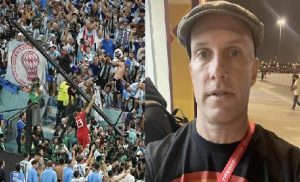 US tennis icon Billie Jean King also paid tribute to Wahl, describing him as an “advocate for the LGBTQ community and a prominent voice for women’s soccer”.

A spokesperson for the Qatari body responsible for planning the World Cup, the Supreme Committee for Delivery & Legacy, said: “We are deeply saddened by the death of the US journalist Grant Wahl.

“Grant was known for his enormous love of football and was in Qatar to cover his eighth FIFA World Cup.

“He fell ill in the Lusail Stadium media tribune, during last night’s quarter-final match between Argentina v Netherlands. He received immediate emergency medical treatment on site, which continued as he was transferred by ambulance to Hamad General Hospital.

“We are in touch with the US Embassy and relevant local authorities to ensure the process of repatriating the body is in accordance with the family’s wishes.”

Earlier this week, Wahl was presented with an award by Brazilian football legend Ronaldo for reporting on eight consecutive World Cups, his first was in the US in 1994. (Int’l News Desk)