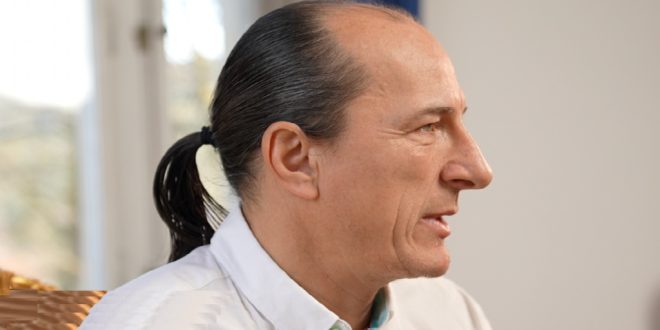 BERLIN: In the depths of the countryside in eastern Germany, there’s an invisible border.

The turrets of an imposing castle loom out of the treetops. A sign on its front door solemnly informs the visitor that they’ve entered, in effect, a new country. 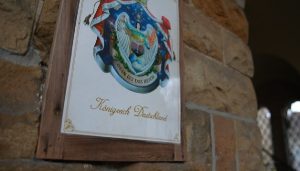 The “Konigreich Deutschland” (Kingdom of Germany) is a self-proclaimed independent state complete with its own self-appointed king.

Peter the First, as he prefers to be known, receives us in a rather gloomy wood-paneled hall.

It’s about a decade since his coronation – there was a ceremony, complete with orb and sceptre and the foundation of his so-called kingdom, which mints its own money, prints its own ID cards and has its own flag.

He’s what’s known in Germany as a “Reichsburger” (Citizen of the Reich), one of an estimated 21,000 people who are defined by the country’s intelligence agencies as conspiracy theorists who don’t recognize the legitimacy of the post-war German state.

They’ve risen to prominence this week, with the arrest of 25 people in raids on Reichsburger suspected of plotting to storm the German parliament building, the Reichstag, in a violent overthrow of the government.

King Peter says he has no such violent intentions but he does believe the German state to be “destructive and sick”. 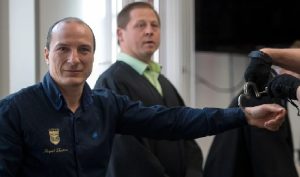 “I have no interest in being part of this fascist and satanic system,” he says.

We settle in another room to talk, on plush armchairs under a glittering chandelier but this is no salon; we’re surrounded by lights and cameras. This is King Peter’s own TV studio, he hopes to start a TV channel and I learn that one of his subjects will be recording every moment of our interaction.

He felt, he said, that he had no choice but to found his kingdom, having tried, unsuccessfully, to run as a mayor and a member of the German parliament.

“People who are corrupt, criminal or willing to be used thrive in the German system and those with an honest heart, who want to change the world for the better, in the interests of the common good, don’t have a chance.”

His real name is Peter Fitzek, and his activities have brought him into frequent conflict with the German law.

Germany doesn’t recognize the kingdom or its documents; Fitzek has several convictions for driving without a licence and running his own health insurance program. He also went to prison for several years for embezzling his citizens’ money but the conviction was later quashed. 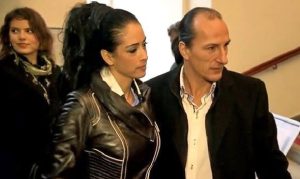 The regional intelligence service, which has been watching him and his kingdom for nearly two years, told us they regarded it as a threat. They liken it to a cult which exposes people to conspiracy theories and extremist ideology.

Such theories and ideology have proliferated in Germany in recent years, fueled by the pandemic and COVID-19 appears to have increased support and membership of the kingdom.

Fitzek tells us he has about 5,000 citizens. He’s expanding the kingdom, buying up land in Germany in order to set up a number of communities in which those people can ultimately live.

We visited one such outpost about 150 miles (240km) away from the king’s castle.

Ancient trees surround the site of another old castle in the village of Barwalde, an hour and a half’s drive south of Berlin. Around 30 people live on the site either in the main building or caravans which scatter the lawn along the main driveway. (Int’l Monitoring Desk)