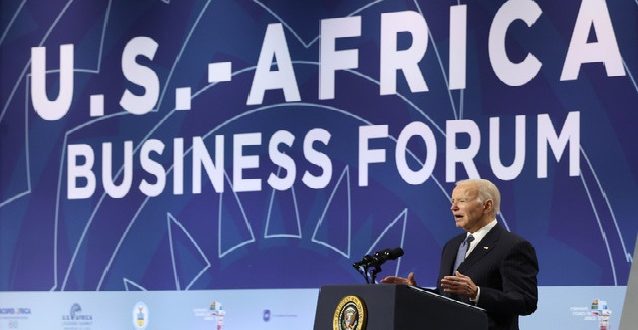 US is ‘all in’ on Africa’s future: Biden

WASHINGTON: US President Joe Biden has announced billions of dollars in new funding for Africa at a summit of dozens of the continent’s heads of state.

“The United States is all in on Africa’s future,” President Biden told the 49 African leaders attending the Washington DC summit. 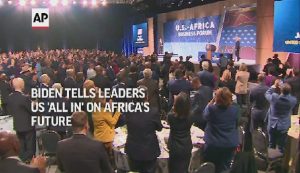 It is the first such gathering hosted by Washington for eight years.

The summit is seen as a US attempt to re-assert its influence in Africa to counter Chinese involvement.

It also comes after Donald Trump’s four year tenure in office, during which he alienated numerous African leaders with policy decisions and insulting comments.

Biden struck a very different tone to his predecessor, speaking optimistically of improved links with Africa and telling the gathering that “when Africa succeeds, the United States succeeds. Quite frankly, the whole world succeeds as well.”

He said that the crises facing the world today need African leadership, ideas and innovations, and promised to build on the “vital” investments in Africa made by previous US administrations.

To that end, Biden announced $55bn (£44bn) of US funding planned for Africa over the next three years. The sum includes $100m for clean energy projects and $350m for internet access and digital technology.

The US is also set to sign a memorandum with the African Continental Free Trade Area one of the world’s biggest free-trade areas which Biden said would “unlock new opportunities for trade and investment” between the US and Africa. 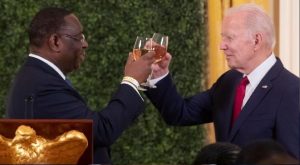 On the sidelines of the summit on Wednesday, Biden separately met the six leaders of African nations which are holding elections in 2023 to press for a free vote.

Before the end of the summit on Thursday, the US president is also expected to back the African Union’s admission as a permanent member of the Group of 20 major economies. It is also likely that he will announce a trip to the continent in the New Year.

The summit is widely being seen as Biden’s attempt to win back influence in Africa with personal diplomacy, as well as with funding and investment.

Many have noted that America is trying to catch up with other countries, including Russia and especially China that have developed stronger ties in recent years with Africa.

President Donald Trump has denied that he is racist, after a row broke out over his alleged use of the word “shithole” to describe African nations.

He has now told reporters: “I am not a racist. I’m the least racist person you have ever interviewed.” 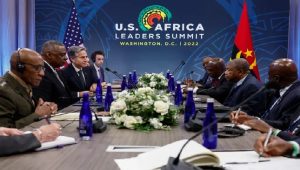 It is the first time the president has responded directly to the racism accusations.

He made the denial to White House press pool reporters at the Trump International Golf Club in West Palm Beach in Florida on Sunday night.

What did the president allegedly say?

The row broke out after lawmakers from both parties visited the president on Thursday to work on a proposal for a bipartisan immigration deal.

In recent weeks the Trump administration has been withdrawing Temporary Protected Status (TPS) from a number of nationalities currently living in the country.

Reports later emerged in US media that Trump had asked during the meeting: “Why are we having all these people from shithole countries come here?” (Int’l News Desk)