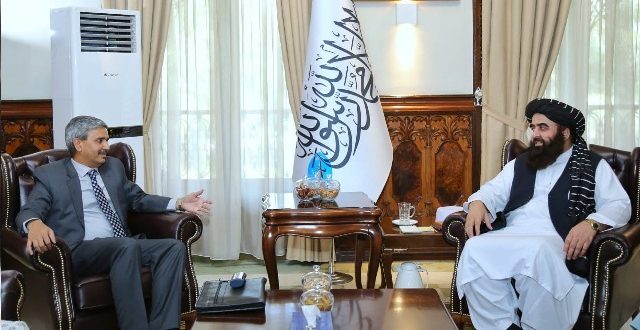 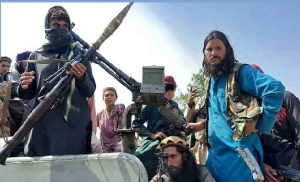 KABUL/ NEW DELHI/ ISLAMABAD: Britain’s leading defence think-tank International Institute of Strategic Studies (IISS) has said in a report it appears that both India and the Taliban in Afghanistan are eager to build trust and develop bilateral relations.

The report titled “Strategic Survey 2022, The Annual Assessment of Geopolitics” looks at the regional South Asian politics till the completion of the year and states that there are three main reasons why the Taliban are generally keen to develop good relations with India and the outside world.

The report says: “Firstly, they hope that close political and economic relations will bring foreign investment and increase regional trade, and thus much-needed government revenues. Secondly, the Taliban want to neutralize any threat to their rule. In particular, they do not want any regional player to provide military and financial support to Afghans opposing their regime, as India, Iran and Russia did in the 1990s. Thirdly, the Taliban also hope that recognition by and good relations with the outside world, especially Western donor countries and organizations, will bring humanitarian aid and developmental assistance to the country. The Taliban government has repeatedly asked the international community to grant it diplomatic recognition, arguing that it has fulfilled all the criteria for this.” 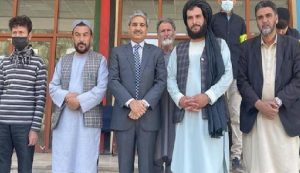 It adds: “India, a major regional player, initially kept a distance, before signs began to emerge that it wanted to engage with the Taliban in a variety of ways. In early June, an Indian delegation led by a joint secretary of its external affairs ministry visited Kabul, the first such visit by Indian officials since the Taliban’s takeover. Senior Indian diplomats met the Taliban government’s foreign minister, deputy foreign minister and other officials. This was the most high-level meeting between the two sides since the emergence of the Taliban movement in 1994.

“These discussions were expected to pave the way for India to resume a diplomatic presence in Afghanistan (which ended after the Taliban takeover of Kabul last August). On 23 June, India’s Ministry of External Affairs disclosed in a statement that New Delhi had deployed a ‘technical team’ to its embassy in Kabul ‘to closely monitor and coordinate’ the delivery of humanitarian assistance.

The defence analysis says that Pakistan has been a major supporter of the Taliban but has not recognized the Taliban regime as three concerns dominate the world and Pakistan. 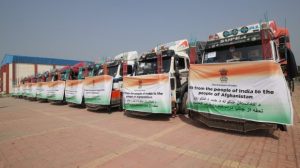 “Firstly, foreign governments want the Taliban government to cut ties with, and support to, transnational violent extremist groups and, above all, prevent them from using Afghan territory to threaten their national security. Different countries are concerned about different such groups. For the US and the West in general, it is ISIS and al-Qaeda; for China, it is mainly the East Turkestan Islamic Movement (ETIM); for Pakistan, it is mainly the TTP; for Iran, Central Asian countries and Russia, it is mainly ISIS/ISIS–KP; and for India, it is regional groups (such as Lashkar-e-Taiba (LeT) and Jaish-e-Muhammed/ JeM in Kashmir) as well as al-Qaeda.”

The report says that the Taliban have repeatedly emphasized that, as outlined in the Doha deal, they will not allow any individual or group to use Afghan territory as a base for hostilities against another country. “However, questions have been raised about their capability and commitment to fulfil their promises. On the one hand, the Taliban have maintained links with ‘friendly’ groups, such as al-Qaeda and the Tehreek-e-Taliban (TTP), the Pakistani Taliban and have not taken any meaningful and visible action against them. On the other hand, they have been fighting against the Islamic State in Khorasan Province (ISIS–KP), an extremist militant group active mainly in the Afghanistan–Pakistan region.” 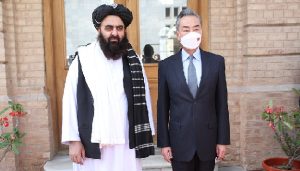 Rahul Roy-Chaudhury, Senior Fellow for South and Central Asian Defence, Strategy and Diplomacy commented: “India has dynamically reversed its previous policy towards the Afghan Taliban after they came to power over a year ago in Afghanistan. From refusing to deal with them and calling them ‘terrorists’, India is now engaging with them in Kabul, although this remains short of diplomatic recognition.

“This is a pragmatic policy based on ensuring the delivery of humanitarian aid to the people of Afghanistan but, it also symbolizes India’s ‘no exit policy’ from Afghanistan. The overland transit of wheat from India to Afghanistan also took place through Pakistan for the first time. Both India and Pakistan have an inherent interest in the stability of Afghanistan under the Taliban regime. In view of the differing political situation in both countries, amidst their pre-occupation on domestic priorities, the resumption of Confidence Building Measures (CBM) including people-to-people contacts, exchange of media visits and trade measures between India and Pakistan appear to be pragmatic policy options to manage their bilateral relations till both sides are prepared for deeper engagement and the resumption of an official bilateral dialogue.”

Share
Previous US is ‘all in’ on Africa’s future: Biden
Next World not ‘stupid’ when it comes to recognising Pakistan as ‘epicentre’ of terrorism: Jaishankar