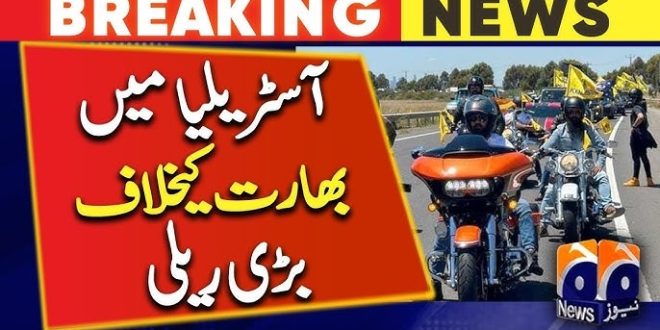 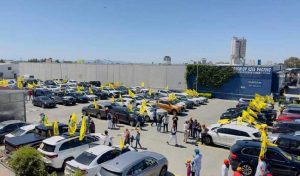 More than 2,000 cars, jeeps and trucks took part in the rally, organized by the secessionist group Sikhs For Justice (SFJ), that passed through several parts of the Australian capital. The rally was led by hundreds of heavy bikers with banners ‘The Last Battle – To Kill Indian Hindutva System’ and ‘30,000 Sikhs-Indigenous People Were Killed By Brahmin-Hindu Mobs In 1984’ clogged the Melbourne Roads in a 5km-long convoy, coinciding with events around the United Nations (UN) Human Rights Day.

This is the third major event organised by Sikhs For Justice within a month ahead of the Khalistan Referendum voting due on January 29, 2023. Media reports have said that Indian government officials have raised alarm with the Australian authorities but to no avail.

In a meeting with Foreign Minister Penny Wong and Home Affairs Minister Claire O’Neil, India presented a document to the government officials against the local Sikh groups and activists, but the Australian government has decided not to take any action as activists are following local laws.

Sikhs For Justice launched Khalistan Referendum campaign in Melbourne with thousands participating in Nagar Kirtan calling upon Australian Sikhs to vote on January 29 with the aim of ‘Haryana Banay Ga Khalistan’. 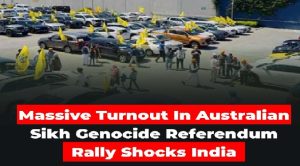 Khalistan Referendum voting centre in Melbourne has been dedicated to Shaheed Satwant Singh and Shaheed Kehar Singh, the assassins of Indira Gandhi who were hanged on January 6, 1989 in Delhi’s Tihar Jail.

The SFJ has released a map of the areas earmarked for secession from India through the Khalistan Referendum which declares Shimla as its capital and includes the Union Territory Chandigarh and states of Haryana, Himachal Pradesh and Sikh-populated areas of Rajasthan, Uttar Pradesh and Uttarakhand.

The SFJ’s map for aimed Sikh homeland Khalistan, engulfing several states and territories of India outside Punjab, conspicuously leaves Nankana Sahib and Kartarpur the historical Sikh places in Pakistan out of the map.

From London, UK where the Khalistan Referendum voting began on October 31, 2021 over 600,000 Sikhs have voted in the polling held in Geneva, Milan, Rome and Toronto so far.

Meanwhile, relations between Canada and India are set to deteriorate further as secessionist group Sikhs For Justice 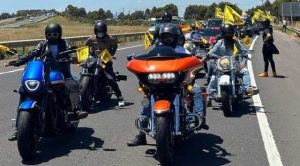 (SFJ) has announced plans to hold Phase II of the Khalistan Referendum on November 6 in Toronto to accommodate those who were unable to vote on September 18.

SFJ said that more than 110,000 Sikhs had voted on September 18 in a massive turnout and thousands were unable to vote as the voting ended at 5pm. The organization said the organizers could not accommodate nearly 40,000 Sikhs who were still in the queue.

Gurpatwant Singh Pannun, an attorney in New York and SFJ’s general counsel, said that the decision to hold the second phase was on the huge demand of the local Sikh community.

“The Canadian Sikhs made history on September 18 by coming out for Khalistan in huge numbers and they will do so again on November 6,” Pannun added.

Share
Previous Climate change will fuel humanitarian crises in 2023
Next US is ‘all in’ on Africa’s future: Biden