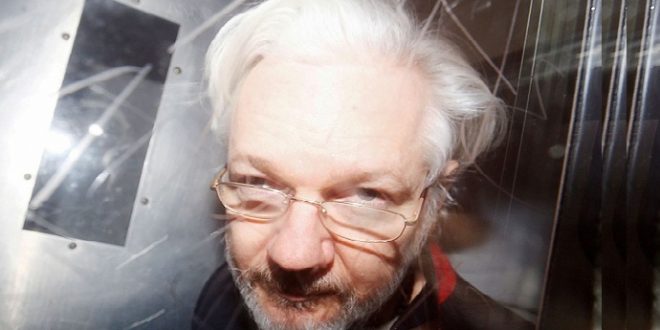 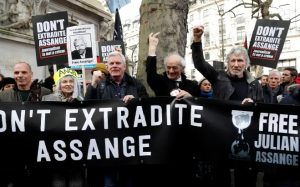 Assange is wanted by US authorities on 18 counts, including a spying charge, relating to WikiLeaks’ release of vast troves of confidential US military records and diplomatic cables which Washington said had put lives in danger.

His supporters say he is an anti-establishment hero who has been victimized because he exposed US wrongdoing in conflicts in Afghanistan and Iraq, and that his prosecution is a politically motivated assault on journalism and free speech.

The Home Office said on Friday that his extradition had now been approved but he could still appeal the decision. WikiLeaks said he would.

“In this case, the UK courts have not found that it would be oppressive, unjust or an abuse of process to extradite Assange,” the Home Office said in a statement.

“Nor have they found that extradition would be incompatible with his human rights, including his right to a fair trial and to freedom of expression, and that whilst in the US he will be treated appropriately, including in relation to his health.”

Originally, a British judge ruled that Assange should not be deported, saying his mental health 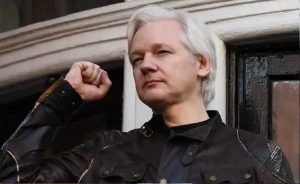 problems meant he would be at risk of suicide if convicted and held in a maximum-security prison but this was overturned on an appeal after the US gave a package of assurances, including a pledge he could be transferred to Australia to serve any sentence.

Patel’s decision does not mean the end of Australian-born Assange’s legal battle which has been continuing for more than a decade.

He can launch an appeal at London’s High Court which must give its approval for a challenge to proceed.

He can ultimately seek to take his case to the Supreme Court in the UK. But if an appeal is refused, Assange must be extradited within 28 days.

“This is a dark day for press freedom and for British democracy,” Assange’s wife Stella said. “Today is not the end of the fight. It is only the beginning of a new legal battle.”

Edward Snowden, who fled the US after leaking secret National Security Agency files in 2013 and was given asylum in Russia, reacted to the news on Twitter, saying: “It is an appalling symbol of how far the British and American governments’ commitment to human rights has declined.” 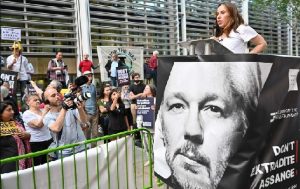 Agnes Callamard, the secretary general of Amnesty International, a global rights group, said that “allowing Julian Assange to be extradited to the US would put him at great risk and sends a chilling message to journalists the world over”.

“If the extradition proceeds, Amnesty International is extremely concerned that Assange faces a high risk of prolonged solitary confinement, which would violate the prohibition on torture or other ill-treatment,” she said.

“Diplomatic assurances provided by the US that Assange will not be kept in solitary confinement cannot be taken on face value given previous history.”

A debate was in full swing and become a cause of headache for millions of educated masses that will Julian Assange be extradited or not just because of the incompetency of prosecution, immaturity of judiciary, insincerity of media, abnormality of regimes and biasness of some jealous journalists, sources told PMI while the partner of Julian Assange said “dangerous and misguided.”

The founder of the Wikileaks website has sought sanctuary in London for years. (Int’l News Desk)