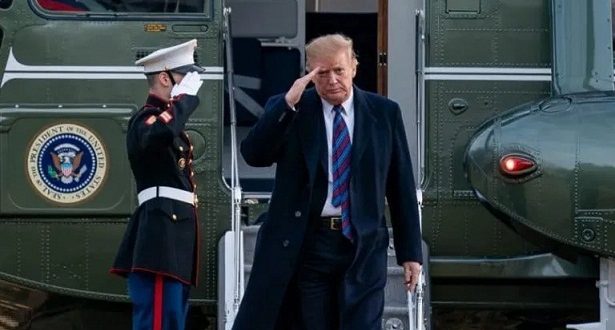 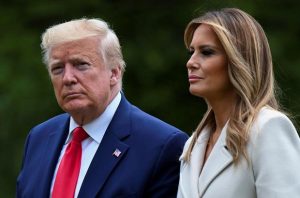 Video showed the president leaving the White House and waving at reporters on his way to board Marine One.

Trump later released a video to the public, saying he’s “doing very well.” It was his first tweet in approximately seven hours since announcing his diagnosis.

Trump thanked the public for their messages of support, and said, “I think I’m doing very well, but we’re going to make sure that things work out.” He added, “The First Lady is doing very well.”

The White House confirmed Trump would be moved to the hospital and spend “a few days” there per the advice from his medical team, the Associated Press reported. Trump will conduct his duties from presidential offices at the hospital. 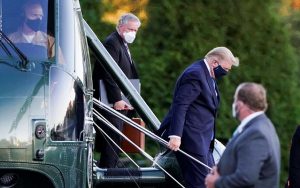 White House Press Secretary Kayleigh McEnany said the move was made “out of an abundance of caution,” CNN correspondent Ana Cabrera tweeted.

A statement from Trump’s physician, Dr. Sean Conley on Friday afternoon, said that Trump “remains fatigued but in good spirits.” The statement added that he was undergoing evaluation by the medical team, who planned to make recommendations on the next steps of his care.

Trump announced in a tweet just before 1:00 a.m. EST that he and First Lady Melania Trump tested positive for COVID-19 and were immediately beginning quarantine. 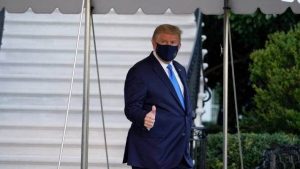 If Trump becomes too ill to continue his duties, Vice President Mike Pence will assume those responsibilities. Pence was seen with Trump on Monday, but had tested negative for the virus on Friday.

White House Strategic Communications Director Alyssa Farrah told the media that the presidential power had not been transferred to Pence.

“The president is in charge,” she said. (Int’l Monitoring Desk)