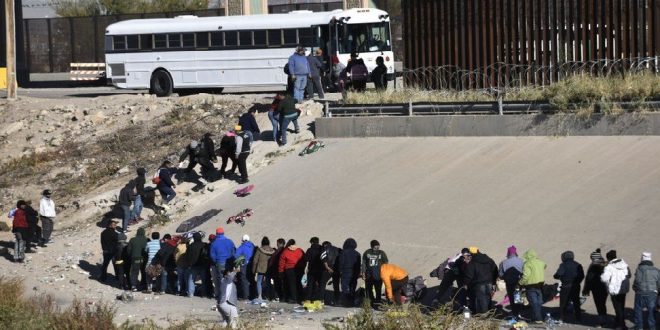 WASHINGTON: The US Supreme Court has put on hold the termination of a Trump-era policy that has blocked thousands of people from crossing the US-Mexico border.

Attempted migrant crossings are expected to spike if and when the controversial policy does go. 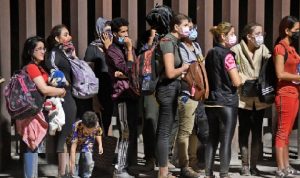 Title 42 gives the government the power to automatically expel undocumented migrants seeking entry. The policy was designed to stop the spread of Covid-19.

It was due to expire on 21 December, but two days before the deadline, Chief Supreme Court Justice John Roberts blocked its termination as the court considers an emergency appeal from some Republican-led states who have asked for the policy to remain in place beyond this date.

All this creates a political headache for the Biden administration, which has come under withering criticism from its opponents over its handling of border issues.

The statistics show that the number of migrants from Venezuela, Nicaragua and Cuba rose dramatically over the last year, while the number from Mexico and Central America’s Northern Triangle of El Salvador, Guatemala and Honduras fell. 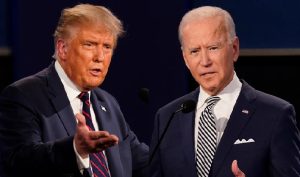 Why the recent spike?

The number of migrants arriving at the border rose dramatically after Biden took office in late January 2021.

Experts point to a number of reasons for the increase, including environmental disasters and economic woes in El Salvador, Honduras and Guatemala. In other cases – such as Cuba, Nicaragua and Venezuela – economic problems have been compounded by political repression.

“There’s a level of desperation we hadn’t quite seen before,” said Adam Isacson, a migration and border expert from the Washington Office on Latin America.

“And you’ve got people coming from countries that had not sent migrants in significant numbers before now becoming top senders of migrants, due largely to a lack of economic opportunities. Smugglers take advantage of that.”

Many of the migrants are now seeking asylum, a process which was severely restricted by the previous US administration of Donald Trump.

President Biden’s proposal to provide a path to citizenship for millions of undocumented Americans has also been blamed for spurring the record influx at the southern border. 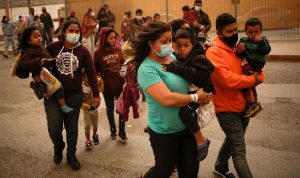 Where are the migrants from?

Migrants from Mexico and the countries of Central America’s Northern Triangle – Guatemala, El Salvador and Honduras – continue to account for the bulk of the total, with Mexicans alone accounting for about 744,000 of the detentions in the 2022 fiscal year.

In October, for example, nearly 70,000 people detained at the border were from Venezuela, Cuba or Nicaragua – a 149% increase over October 2021. The number of Mexicans, Salvadorans, Guatemalans and Hondurans, on the other hand, fell 12% from October 2021 to just under 61,000.

Collectively, Venezuela, Cuba or Nicaraguans accounted for about 494,000 of the migrant detentions in the 2022 fiscal year.

Ariel Ruiz, a policy expert with the Washington DC-based Migration Policy Institute, noted that the links between these countries also contribute to increases in each. (Int’l Monitoring Desk)