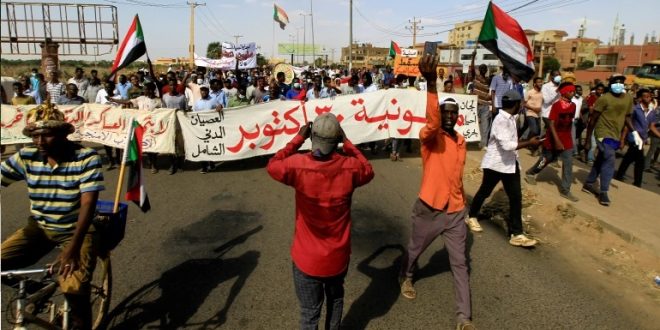 KHARTOUM, SUDAN: Sudanese security forces have fired stun grenades and tear gas to disperse thousands of protesters in Khartoum as they mark the fourth anniversary of the uprising that eventually toppled President Omar al-Bashir. 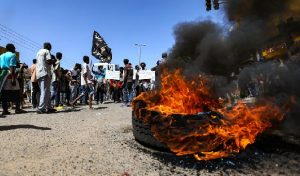 Protesters draped themselves in Sudanese flags on Monday and held signs that called for military leaders to be held accountable for killing 120 people since consolidating power in a coup on October 25, 2021.

While nobody was reportedly killed on Monday, many young people were taken to a hospital in the capital where they received treatment for wounds they sustained in the march.

Mohamad Amin was parked outside the hospital after transporting an injured protester on his motorbike.

“The police are violent,” he told media. “The young man I brought to the hospital was hit in the back of the head with a tear gas canister.”

The protest was led by the Resistance Committees, which are against an agreement signed this month by security forces and political elites. These neighborhood groups leading Sudan’s pro-democracy movement denounced the deal as a betrayal of the core demands of the 2018-2019 uprising, such as transitional justice and security sector reform.

“The agreement already failed,” said Menjan Hamza, 22, who participated in the march on Monday. “The (security 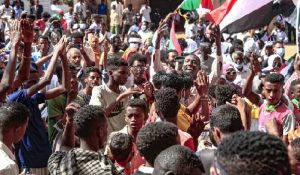 forces and politicians) made an agreement, but what about our martyrs? Nobody was sentenced for the killings (security forces) committed in the past year.”

The global community still backs the deal as a “positive step” towards restoring a transition to democracy. Diplomats hope the second part of the agreement, which politicians and security officials are supposed to settle next month, will address outstanding issues.

“On the Anniversary of the December revolution, I hope that the political process will realize the demands and aspirations of the Sudanese men and women who took to the streets four years ago and continue to struggle for a future of peace, democracy, human rights and equal citizenship,” tweeted Volker Perthes, the UN envoy to Sudan.

The military cast doubt on the future of the agreement after its top general, Abdel Fatah al-Burhan, told soldiers last week that civilians would never have control over the armed forces.

The military in Sudan controls lucrative civilian sectors of the country, which critics say sabotages its economy. Members of the military also enjoy immunity from criminal prosecution under the law, according to the human rights group Redress. 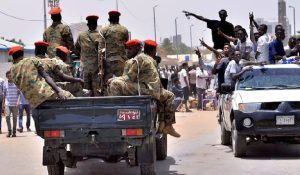 “Do not listen to what politicians say about military reform; … no one will interfere in the affairs of the army at all,” al-Burhan told the state news broadcaster on Wednesday.

Kholood Khair, the founding director of the Khartoum-based think-tank Confluence Advisory, told media that al-Burhan’s apparent refusal to uphold his end of the bargain is precisely what foreign observers should have expected.

“This is a framework agreement where [the military] says all the nice things but really has no intention of implementing them,” she said. “So for me, this is totally on brand. Al-Burhan says one thing or signs one thing and does another.”

Several protesters also told media that they have no faith that al-Burhan or other security figures who backed his coup will relinquish power easily.

They said the real issue is that the security forces and the agreement signed this month are mainly supported by regional and Western countries that have their own strategic and economic interests in Sudan. (Int’l News Desk)