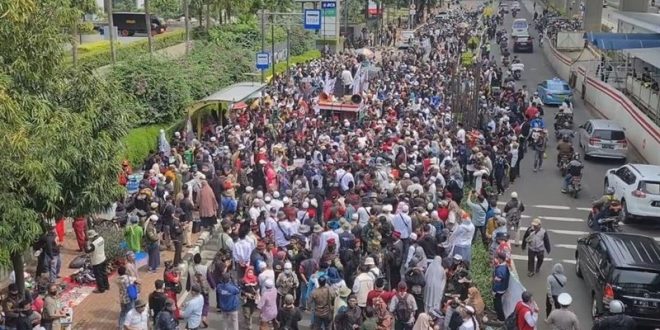 JAKARTA/ NEW DELHI: Thousands gathered in front of the Indian embassy in Jakarta on Friday to protest Indian state’s hijab ban in schools.

The protesters were seen chanting and holding signs. 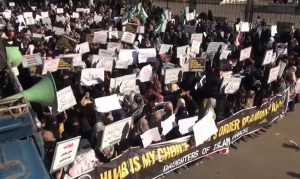 “We want the Indian Embassy to go home to their country and not stay in Indonesia because India slaughtered Muslims there,” said one of the protesters.

The tensions started when the Indian state of Karnataka, which is led by the party of Narendra Modi (BJP), passed legislation earlier this month banning clothes that ‘disturb equality, integrity and public order.’

Many schools and universities in the state have used this law to ban the hijab.

Earlier, members of the Muslim group Alumni Brotherhood (PA) 212 was planned to demonstrate outside the Indian Embassy in Jakarta to denounce the alleged discriminatory policies against Muslims in India. (Int’l Monitoring Desk)