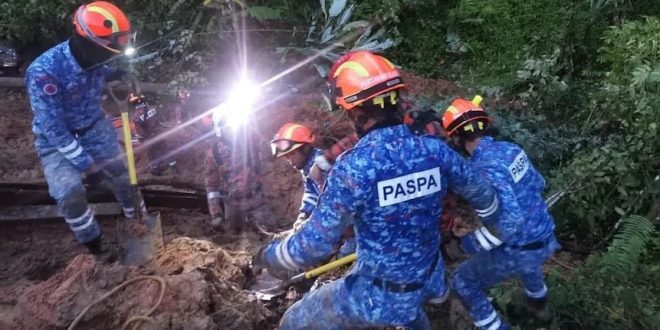 KUALA LUMPUR: Malaysian search and rescue teams are scouring a holiday campsite in the Selangor state for survivors after a landslide killed at least 21 people. 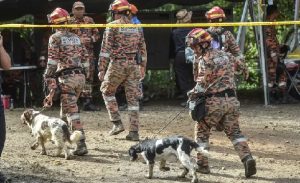 Families were sleeping in their tents when the landslide happened around 03:00 Friday (19:00 GMT Thursday) at a farm stay in Batang Kali Township.

Among the victims are five children and 12 women, officials announced.

Fire Chief Norazam Khamis also told local media that two of the bodies were found “hugging each other” and are believed to be mother and daughter.

The farm’s managers said at least 30 children and 51 adults were registered for an overnight stay, and Health Miniser Zaliha Mustafa said one of those injured was a pregnant woman.

More than 20 primary school teachers and their family members were also at the campsite, according to a New Straits Times report.

Malaysia’s fire and rescue department said a 30m (100ft) high slope impacted the campsite in “a terrible tragedy”. Government authorities noted that the landslide involved about 450,000 sq m of soil. 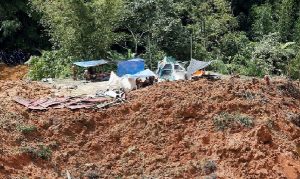 The camp site had been operating illegally, according to local government development minister Nga Kor Ming. He added that the operator had government approval to run an organic farm, but was not permitted to run camping activities.

Nga also said he ordered all “high-risk” camping sites – those located along rivers, waterfalls and hillsides – across Malaysia to immediately shut down for seven days.

Deputy Prime Minister Zahid Hamidi echoed the message, warning that the weather was expected to worsen in the coming days.

“We have to learn from what has happened today,” he said. (Int’l Monitoring Desk)