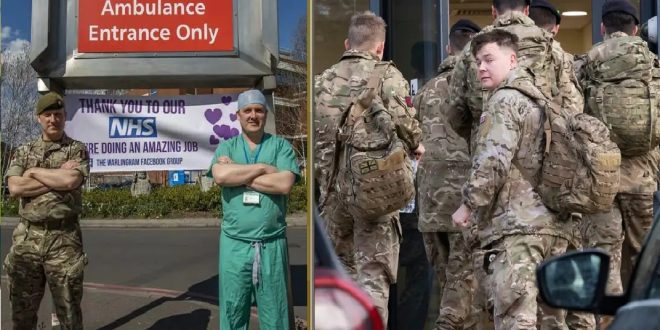 LONDON: About 1,200 members of the military and 1,000 civil servants are to be drafted in to cover for striking ambulance and Border Force staff over Christmas. 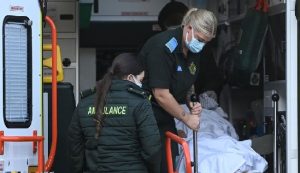 Some 10,000 ambulance staff in England and Wales will strike on 21 and 28 December in a pay dispute.

However he declined to discuss “political debates”, stressing that the military is directed by the government to “serve the nation”.

The head of the armed forces has warned against viewing troops as “the go-to” option when it comes to covering strike action.

Speaking to the Sunday Telegraph, Chief of Defence Staff, Admiral Sir Tony Radakin, said: “We’re not spare capacity. We’re busy and we’re doing lots of things on behalf of the nation, we’ve got to focus on our primary role”.

The Welsh government has said the military will not be asked to drive ambulances in Wales. 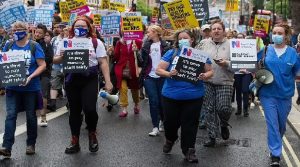 The co-ordinated walkout was called by the three main ambulance unions – Unison, GMB and Unite.

All three are taking action on 21 December. GMB union members will go on strike again on 28 December.

Meanwhile, Royal College of Nursing (RCN) members are due to walk out for a second time on 20 December in parts of England, Wales and Northern Ireland, following action on 15 December.

The nursing union has said it will set a deadline of 48 hours after the strike ends for ministers to agree to discuss pay otherwise more extensive action will be announced for the New Year.

Industrial action has also been taken by rail workers, Royal Mail staff and other sectors in recent weeks over pay disputes as the rising cost of living rises.

The government has announced it will publish a new “resilience framework” on Monday, aimed at improving how the UK prepares for and responds to critical issues like strikes. (Int’l News Desk)