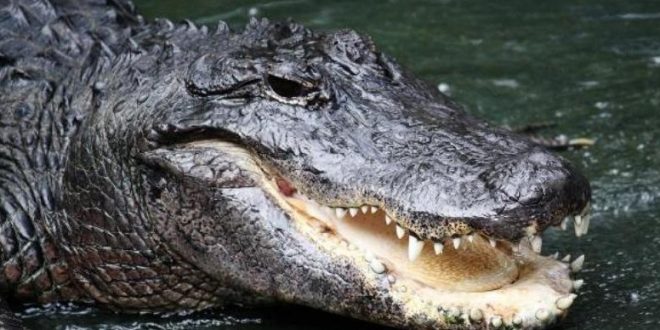 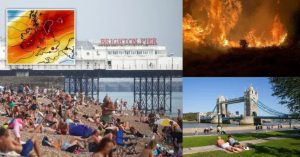 LONDON/ GENEVA: Searing heat in Europe, Australia, the Middle East and several other pockets of the world made last month the hottest September ever, the EU’s Copernicus Climate Change Service has announced.

The Earth’s average temperature was 0.05 degrees Celsius (0.09 degrees Fahrenheit) warmer than the previous record, which was set last September.

Of the nine completed months this year, three have now broken the global record for average temperature by Copernicus’ measures — marking a dangerous and undeniable trend toward temperature levels that international groups have warned would be divesting to the Earth.

The new September record was driven by exceptionally hot weather that touched nearly every continent. 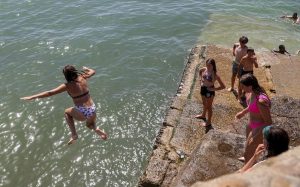 Europe alone saw its warmest ever September, with record-breaking heat in the middle of the month in France and unseasonably hot weather near the Black Sea. The Middle East sweltered, too, with temperature records set in Turkey, Israel and Jordan.

Paraguay and southern Brazil joined them at the end of the month, and Australia recorded its second-hottest September. In Siberia, where wildfires throughout the year have caused carbon dioxide emissions to spike, the mercury remained unusually high.

Meanwhile, in Los Angeles County, daytime values reached a record peak of 49 degrees Celsius (120 degrees Fahrenheit) — just weeks after Death Valley recorded what may be the hottest temperature in the world in more than a century. 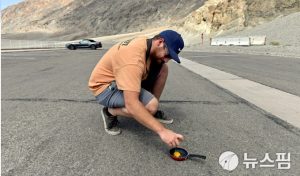 Over all, temperatures clocked in at 0.63 degrees Celsius warmer than the average for September over the past 40 years.

That means the month was nearly 1.3 degrees hotter than pre-industrial levels.

Global temperatures must be kept from rising by more than 1.5 degrees above pre-industrial levels to avoid major impacts on the climate, the United Nations’ Intergovernmental Panel on Climate Change (IPCC) has concluded but the astonishing temperatures recorded only partially describe the dangers of global warming, a phenomenon that continued to affect the lives of millions last month.

Firefighters battle to extinguish forest fires near the village of Batagay, Sakha Republic in northeastern Russia. 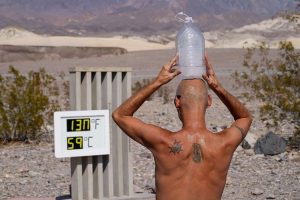 The record high in LA County came as parts of California were blanketed by apocalyptic skies, the result of devastating wildfires across the state. That trend has continued into October. California recorded its first “giga-fire” in modern history on Monday, after the expansive August Complex fire scorched more than a million acres.

And thousands of miles away in Siberia, a part of the world usually covered in snow for much of the year, the uncontrollable fires continued to spew carbon emissions into the atmosphere.