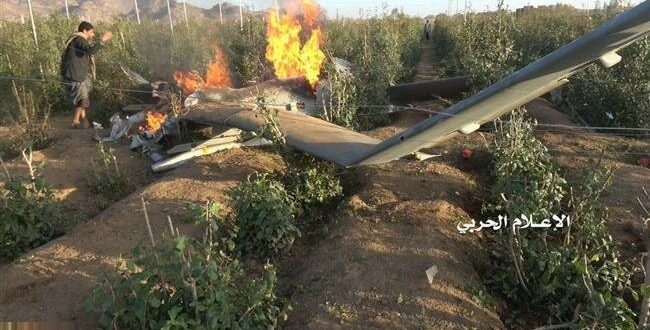 SANA’A/ RIYADH/ DUBAI: A spy drone belonging to the Saudi-led coalition was shot down by Yemeni forces over the northwestern province of Hajjah.

In a statement released early on Thursday, the spokesman for Yemeni Armed Forces, Brigadier General Yahya Saree, said the reconnaissance unmanned aerial vehicle (UAV) had been brought down by a surface-to-air missile in the skies of Hajjah’s Harad district. 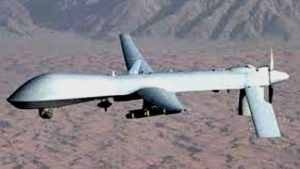 The statement, carried by Yemen’s Arabic-language al-Masirah television network, added that the spy drone, which was of Chinese-made CH-4 type, had been performing hostile actions.

According to Yemeni media reports, fierce clashes continue between Yemeni forces and Saudi-backed militants in the areas between Hajjah province and the southern border of Saudi Arabia, killing and injuring dozens of people on both sides.

The Saudi Defense Ministry recently announced that it had deployed two military brigades deep into Yemeni territory to launch a large-scale operation aimed at capturing Sa’ada and Hajjah provinces.

Additionally on Thursday, al-Masirah reported that the Saudi-led coalition warplanes had conducted 38 strikes across Yemen, mostly in Sa’ada. 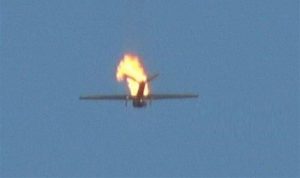 Saudi Arabia launched the devastating military aggression against its southern neighbor in March 2015 in collaboration with a number of its allied states and with arms and logistics support from the US and several Western states.

The aim was to return to power the former Riyadh-backed regime and crush the popular Ansarullah movement which has been running state affairs in the absence of an effective government in Yemen.

The war has stopped well shy of all of its goals, despite killing tens of thousands of Yemenis and turning entire Yemen into the scene of the world’s worst humanitarian crisis.

Yemeni forces have over the past months gone from strength to strength against the Saudi-led invaders and left Riyadh and its allies bogged down in Yemen. (Tasnim News)