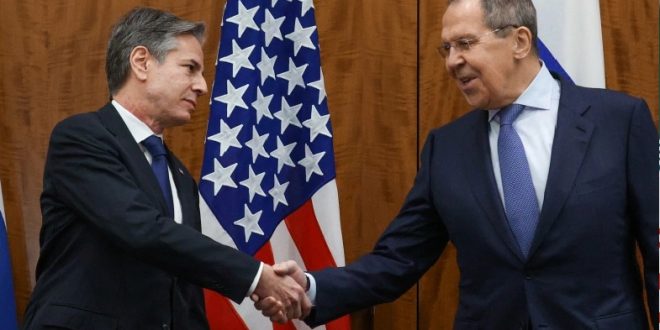 Russia, US voice hope for diplomacy over Ukraine

WASHINGTON/ MOSCOW: US Secretary of State Antony Blinken and his Russian counterpart Sergey Lavrov have held talks in Geneva over the Ukraine crisis.

Friday’s high-stakes meeting concluded Blinken’s whistle-stop European tour; he has been seeking commitments among Washington’s allies on how to respond if Moscow presses ahead with a feared invasion of its neighbour. 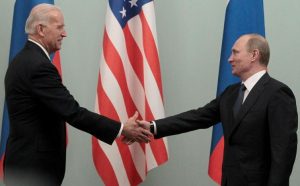 The United States has called on Russia to pull back thousands of troops it has massed near the border with Ukraine, warning any incursion would be met with a swift, severe and united response from the White House and its partners.

Moscow denies it is planning an attack, and demands that the US-headed NATO military alliance end activity in Eastern Europe and Ukraine and never embrace the former Soviet republic as a new member.

Ukraine says it has been subjected to a campaign of fake bomb threats targeting society in recent days, blaming Russia for the hoaxes.

“The obvious goal of the special services of the aggressor country is to put additional pressure on Ukraine, to sow alarm and panic in society,” the security services in Kyiv said in a statement. 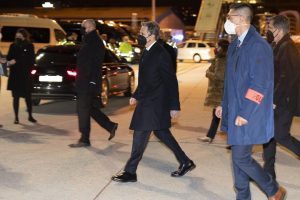 Poland supports the full “Euro-Atlantic integration” of Ukraine and rejects the idea of spheres of influence, the country’s president says after holding talks with his Ukrainian counterpart Volodymyr Zelenskyy.

“I told President Zelenskiy that Ukraine can count on our country’s support,” Andrzej Duda wrote on Twitter. “Poland rejects the concept of spheres of influence and supports full Euro-Atlantic integration of Ukraine.”

Romania has labelled as “unacceptable” a Russian demand that NATO forces stationed on the alliance’s eastern flank be withdrawn.

“Such a demand is unacceptable and cannot be part of a negotiation,” Romania’s foreign ministry said in a press release.

The ministry added that NATO’s presence in allied countries was “a purely defensive reaction to Russia’s increasingly aggressive behavior in the eastern vicinity… currently intensifying despite NATO’s attempts to engage in constructive dialogue”. 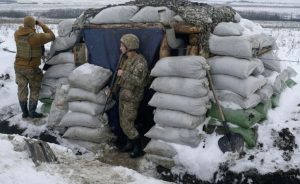 US President Joe Biden is ready to meet with his Russian counterpart Vladimir Putin if the two sides deem it necessary to reach a resolution on Ukraine, Blinken says.

“President Biden met here in Geneva with President Putin, he’s spoken to him on the phone or via videoconference on a number of occasions, and if we conclude [and] the Russians conclude that the best way to resolve things is through a further conversation between them, we’re certainly prepared to do that,” he told reporters but earlier, the Russian foreign minister had said such a meeting was “premature” and that another Blinken-Lavrov meeting was more likely.

US to share its ideas with Russia next week

Blinken says Washington will share its concerns and ideas with Russia next week in writing, following his meeting with Lavrov.

The US state secretary told reporters the pair agreed it was important for diplomacy to continue. (Int’l News Desk)