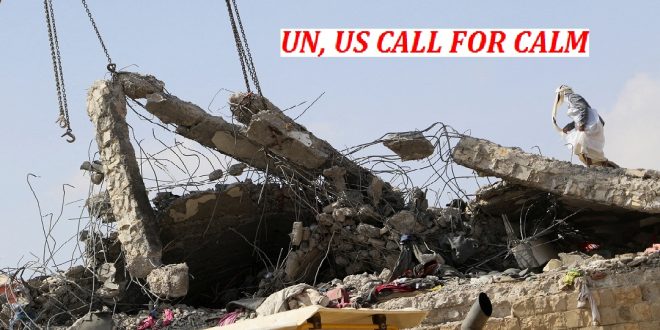 DUBAI/ RIYADH/ SANA’A: The Saudi-led coalition fighting Iran-aligned Houthis in Yemen has denied reports that it bombed a prison in the country’s north, as the United Nations and United States called for a de-escalation of violence in the long-running conflict. 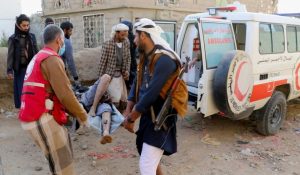 A Houthi official and medical charity Doctors Without Borders (Medecins Sans Frontieres, or MSF) said on Friday that dozens of people were killed in a dawn bombing of a temporary detention centre in Saada.

The Houthis released footage released showing rescue workers pulling bodies from the rubble, and Taha al-Motawakel, health minister in the Houthi government that controls the country’s north, told The Associated Press news agency that 70 detainees had been killed.

An MSF spokesperson told the media the death toll was at least 70 and that 138 others had been wounded.

“The coalition will inform the Office for the Coordination of Humanitarian Affairs (OCHA) in Yemen and the International Committee of the Red Cross (ICRC) on the facts and details,” the official SPA news agency said, citing a coalition spokesman. 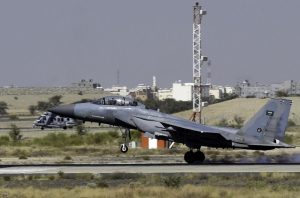 He said the target in Saada was not on no-targeting lists agreed upon with the OCHA, was not reported by the ICRC and did not meet the standards stipulated by the third Geneva Convention (Geneva Convention Relative to the Treatment of Prisoners of War).

During the past week, the coalition has intensified aerial bombing on what it has said are military targets linked to the Houthis, after the group carried out an unprecedented assault on the United Arab Emirates, which is part of the coalition, on Monday and further cross-border missile and drone launches at Saudi cities.

Three children were killed after an attack on a telecommunications facility at the Yemeni port city of Hodeidah, Save the Children said on Friday. The raid also cut internet services.

The United Nations Security Council condemned the attack on the UAE and other sites in Saudi Arabia in a statement on Friday after a closed-door meeting that was requested by the UAE. 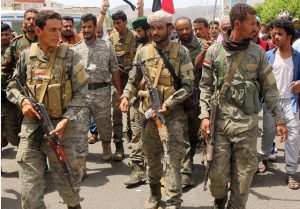 US Secretary of State Antony Blinken said in a separate statement that the heightening of the conflict was of “great concern” to the United States and called on all sides to de-escalate. He earlier spoke to Saudi Foreign Minister Faisal bin Farhan Al Saud to reaffirm a US commitment to help Gulf allies improve their defence, and stressed “the importance of mitigating civilian harm,” the Department of State said.

In a statement, the United Nations said Secretary-General Antonio Guterres “reminds all parties that attacks directed against civilians and civilian infrastructure are prohibited by international humanitarian law”.

The war in Yemen began in 2015 and has created what the UN has described as the world’s worst humanitarian crisis. (Int’l News Desk)