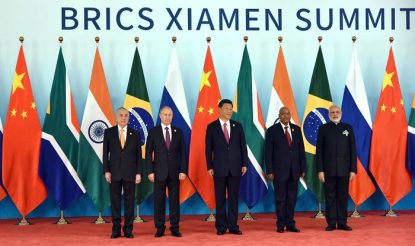 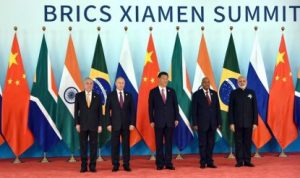 r organisations, Pakistan on Tuesday rejected the BRICS declaration reiterating that there was no ‘safe haven’ for terrorists on its soil. After being humiliated at the 9th BRICS Summit in Xiamen where five nations including China signed a declaration naming Pakistan-based Lashkar-e-Taiba and Jaish-e-Mohammed as global terror outfits, rattled Pakistan blamed Afghanistan for providing ‘safe havens’ to terrorists.
“We reject the declaration (released by member countries) at the BRICS Summit,” Pakistan’s Defence Minister Khurram Dastgir said during a meeting of the National Assembly’s Standing Committee on Defence. Dastagir claimed that Pakistan government had been taking firm action against groups on its soil. “Pakistan has taken action against all groups on its soil and only the remnants of some are left,” he was quoted as saying by the Geo TV. (ALSO READ: Cooperation Among Nations Important to Ensure Peace, Development: PM Modi at BRICS)
Khurram Dastagir cited a report by the US Inspector General for Afghan Reconstruction and blamed Afghanistan for harbouring terrorists on its soil. “Forty per cent of Afghanistan is a safe haven for terrorists,” he told Pakistani media. Later, the Foreign Office (FO) issued a brief statement about the BRICS’ leaders summit document naming various militants groups including LeT and JeM. (ALSO READ: PM Modi, Chinese President Xi Jinping to Meet Today; Doklam Standoff May Come up in Bilateral Meeting)
“Pakistan is also seriously concerned about the threat posed by terrorism and extremism in the South Asian region,” it said, adding that terrorist groups based in the region, including in Afghanistan, such as the TTP and its associates like Jamatul Ahrar have been responsible for extreme acts of violence against Pakistani people.
BRICS leaders on Monday unveiled the Xiamen Declaration in which member countries unequivocally condemned terrorism in all of its forms and manifestations and called upon all states to adopt a comprehensive approach in combating the menace, including countering radicalisation, recruitment, and movement of terrorists, including foreign terrorist fighters.
The Xiamen BRICS Declaration signed by the BRICS members explicitly stated, “BRICS express concern on the security situation in the region and violence caused by the Taliban, ISIL/DAISH, Al-Qaida and its affiliates including Eastern Turkistan Islamic Movement, Islamic Movement of Uzbekistan, the Haqqani network, Lashkar-e-Taiba, Jaish-e-Mohammad, TTP and Hizb ut-Tahrir.