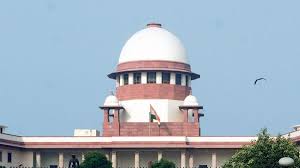 Procedure a violation of a woman’s dignity and privacy, rules bench of justices D.Y. Chandrachud and Hima Kohli while overturning Jharkhand High Court’s acquittal of a convict

New Delhi’Oct 31’2022-The Supreme Court on Monday said it is unfortunate that the practice of the “two-finger test” to examine rape survivors is still prevalent in society, and asked the Centre and the states to ensure it is not conducted.

A bench of justices DY Chandrachud and Hima Kohli overturned a decision of the Jharkhand High Court acquitting a rape and murder convict, and upheld a decision of a trial court holding him guilty.

The bench said a decade-old decision of the top court had held the invasive “two-finger test” as a violation of a woman’s dignity and privacy.

“It is unfortunate that the practice is still prevalent even today The procedure which tests vaginal laxity is an upfront on women’s dignity. It cannot be said that a sexually active woman cannot be raped,” the bench said.

It issued a slew of directions to the Centre and state government authorities and asked the DGPs and health secretaries of the states to ensure that the “two-finger test” is not conducted.

The top court said that any individual conducting the two-finger test will be held guilty of misconduct.

It directed the Centre and the health secretaries of the state to take steps to remove the study materials on two-finger tests from the curriculum of government and private medical colleges.