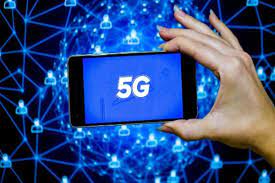 Government is looking at a more holistic approach integrating all policies and make single window system more robust
The Bengal government is working on changes in the telecom infrastructure guidelines as operators gear up to roll out 5G services in the state.

Government sources said that following the amendments to the Right of Way rules and the department of telecommunications allowing the use of street furniture such as electric poles and flyovers, the state has started discussions with the stakeholders including telecom service providers and power utilities as well as various government departments to facilitate changes in guidelines.

However, the government is looking at a more holistic approach integrating all the policies and make the single window system more robust.

The union ministry of telecommunications in August notified amendments to the Indian Telegraph Right of Way Rules, 2016.

A new section (10A) was introduced through the Indian Telegraph Right of Way (Amendment) Rules, 2022 allowing the usage of street furniture for the installation of small cells. A licensee can apply to the appropriate authority along with a copy of certification by a structural engineer for the use.

The amendments were in line with demands after industry associations had pointed out that the earlier Right of Way rule was silent on the deployment of small cells across street furniture and there was also non-uniformity in the implementation of rules across states leading to high costs and deployment challenges.

Small cells are low-powered cellular radio access nodes than have a coverage of 10 metres to 2 kilometres.

Meanwhile, members of the parliamentary panel on IT on Friday expressed apprehensions about some provisions of the new draft telecom bill and sought details from the telecom ministry about data safety and privacy