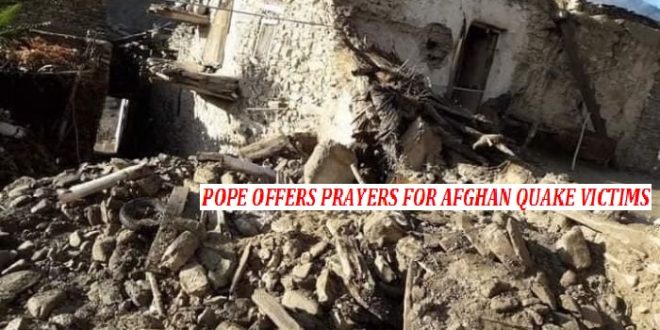 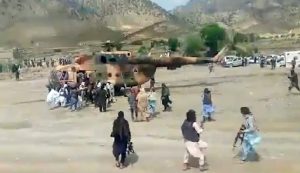 KABUL/ ISLAMABAD/ VATICAN CITY: A strong earthquake struck eastern Afghanistan early Wednesday, killing almost 1,000 people, according to the country’s ruling Taliban regime. Mawlawi Sharafudin Muslim, the Taliban government’s Deputy Minister for Disaster Management, told journalists at a news conference in Kabul that at least 920 people were killed and 600 more wounded by the quake, and he warned the toll could rise as people were likely still trapped under rubble.

Information was slow to emerge after the magnitude-5.9 temblor struck Afghanistan’s Khost and Paktika provinces at around 1:30 a.m. local time. The quake was felt across a vast swath of the country, including in the capital Kabul.

The disaster struck just a couple months short of the one-year anniversary of the Taliban’s takeover of Afghanistan. The international community has largely left the country since the Islamist group seized control in August 2021 amid the chaotic withdrawal of the U.S. military. The lack of foreign government and international aid agency staff and infrastructure in the country is likely to complicate relief efforts. 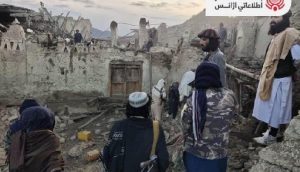 In a tweet, Bilal Karimi, a spokesman for the Taliban regime, urged “all aid agencies to immediately send teams to the area to prevent further catastrophe.”

Videos and photos shared on social media showed military helicopters rushing to the area to evacuate the wounded.

Mawlawi Elyas Nasiri, regional director of the Afghan Red Crescent Society in eastern Afghanistan, said ambulances and rescuers had arrived at the scene and efforts were underway to find and help victims. He said it was roughly a 3.5-hour drive from the provincial capital to the earthquake zone, and some people might still be under the rubble.

Kawsar, a resident of a village in Paktika’s Gayan district, told CBS News over the phone that 24 people in his village, including his father, were killed when the quake struck, and more than 30 more wounded.

“Two children and two women are among the victims in one family,” he said, urging the government to provide help immediately. 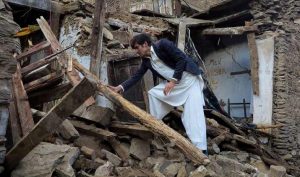 Another Gayan district resident, 28-year-old Juma Khan, told CBS News’ Sami Yousafzai over the phone that he was “jolted awake” at about 1:30 a.m. and quickly realized it was an earthquake.

“I have never felt such an earthquake in my whole life,” he told CBS News. “I jumped from my room and ran to my brother’s room. It had collapsed on them, and I found his wife dead while my brother and his three children were wounded under debris. It took eight hours to get them out from the rubble.”

“In our village, most of the houses collapsed, dozens were killed and dozens more injured from the impact,” Khan said. “People are digging around the debris with their hands to desperately find those still alive. Taliban government helicopters shift some of the critically injured, but the Taliban do not have the resource and equipment to conduct an effective search and rescue mission.”

The Taliban’s chief spokesman Zabihullah Mujahid said an emergency meeting was held at the Presidential Palace in Kabul, and officials were instructed to provide all possible assistance to the earthquake victims. 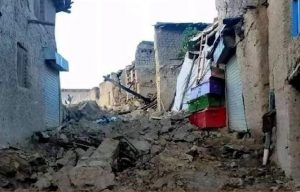 “Land and air transport should be used to deliver food, clothing, and medicine to affected people,” said Mujahid on Twitter.

Eastern Afghanistan, along with neighboring nations along South Asia’s Hindu Kush mountain range, are highly vulnerable to large earthquakes as the mountains sit over an active geological fault line. Many of the homes, hospitals and other buildings in the region are poorly constructed and when quakes strike, they are prone to collapse.

Meanwhile, Pope Francis offered prayers Wednesday for the victims of a deadly earthquake in Afghanistan that the country’s supreme leader said had killed at least 950 people and injured hundreds more.

“I express my closeness with the injured and those who were affected by the earthquake,” the 85-year-old pontiff said at the end of his weekly audience at the Vatican “and I pray in particular for those who have lost their lives and their families,” the head of the global Catholic Church said. 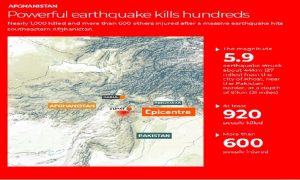 “I hope that with everyone’s help, the suffering of the dear Afghan people can be alleviated.”

The Argentine pontiff also expressed his “sorrow and dismay” for the murder this week of two “Jesuit brothers” and a layman at their church in Mexico.

The two priests and a man seeking sanctuary at their church in Chihuahua State were shot dead on Monday, the government and the religious order said on Tuesday.

“So many killings in Mexico,” said Francis, himself a Jesuit, offering “affection and prayer to the Catholic community affected by this tragedy”.

“Once again I repeat that violence does not resolve problems, but increases unnecessary suffering,” he concluded.